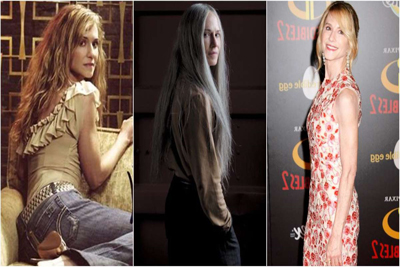 Surrounded by extensive, relatively flat and eroded lowlands in a hot, dry region, the Ayers Rock, a huge chunk of sandstone, is one of the most impressive icons in Australia. Located down towards the southwest corner of the Northern Territory and close to the geographic centre of Australia, it is also known by the Aboriginal name of Uluru. It lies 335 km south west of the nearest large town, Alice Springs, which is served by the small resort town of Yulara, where tourists stay, spend the night, either in hotel accommodation or camping.

The Ayers Rock is actually an inselberg, an isolated rock hill, literally an island mountain, suddenly jutting up about 348 m from its barren surrounds, with most of its bulk lying underground. Considered as the second-largest monolith in the world, the geologists refer it is as one of the many sedimentary formations filling the Amadeus Basin. According to them, the most striking and interesting characteristics of Uluru lies in its homogeneity and lack of bonding and splitting at the bedding surfaces, leading to the lack of development of small loose stones at the cover of the slopes and the soil. In fact, that is the key for the survival of the Ayers Rock, it survived due to its special features, while the surrounding rocks were eroded.

Around 10.000 years ago, the area around this gorgeous formation, abundant with springs, water logged in natural depressions and rock caves, was inhabited by the aboriginal Pitjantjara Anangu people, who call it Uluru and is sacred to them. Both Uluru and the nearby Kata Tjuta, also called Mount Olga or the Olgas, has great cultural significance to them. White men appeared in the scene much later. It was officially located on 19 July 1873, by the surveyor William Gosse, who named it Ayers Rock in honour of the then Chief Secretary of South Australia, Sir Henry Ayers. Though both the names, Uluru and Ayers Rock, were in use, it was renamed ‘Ayers Rock / Uluru’ on 15 December 1993 and became the first official dual-named feature in the Northern Territory. Subsequently, following a request from the Regional Tourism Association in Alice Springs, the sequence of the name was reversed as ‘Uluru / Ayers Rock’ on 6 November 2002.

The Ayers Rock stands 348 m (1,142 ft) high, 863 m (2,831 ft) above the sea level with most of its bulk lying underground, and has a total circumference of 9.4 km. It appears to change colour and hue, according to the position of the Sun, notably striking at sunset, when it is coloured a fiery orange-red by the rays of the setting Sun. Considered as one of the great wonders of the world, the oval shaped Uluru, towering above the surrounding landscape is, undoubtedly, one of Australia's most recognisable natural landmarks. It is one of the major features of the Uluru-Kata Tjuta National Park and is listed as a World Heritage Site.

It is very simple to be happy, but it is very difficult to be simple.
Rabindranath Tagore
Post View Counter
1733
37.44
Today So Far
Total View (Lakh)