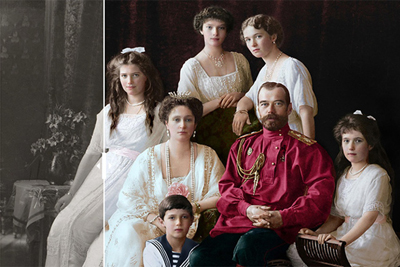 In the region of Sault, around the Mont-Ventoux in the Luberon of France, there are lots of spectacular natural lavender fields with exotic scenic beauty. The highest concentrations of lavender fields are located on the high plateau around the Sault and Apt and Gordes. There, between June and August, one can find endless rows of flowers in spectacular full bloomed beauty. However, the largest cultivation of lavender takes place in Provence. The Somerset Lavender Farm in Provence plants around 50,000 lavender plants with growing bushes around a five acre field. The view is just like a classical painting. The colour, the texture, and the scent of a lavender field stay fresh forever in memory of many as the essence of Provence.

According to a local story, a fairy named Lavandula was born in the middle of the wild lavender plants of the Lure Mountain in the Southern French Alps. She was beautiful with her blue eyes and blonde hair. As she grew up, she started to search a suitable place to settle and was looking through her landscape notebook. She became sad, as she saw the poor landscapes of Provence and started crying. As she cried, her lavender coloured tears fell on the notebook and it was stained with blue. She tried to wipe the stains, but the tears were spread all over the landscapes of Provence. To rectify her misdeed, she drew a big sky above the stained landscape.

From that day, the Provence’s lavender and the local blonde girls’ blue eyes sparkle much more, when the blue sky stares at the fields of lavender at the end of the day.

Provence produces nearly 30 varieties of lavender of various colours and hues. Apart from that, there is a popular one, known as ‘Lavandin’, which is a hybrid one. Between 2007 and 2010 the region’s popular production has been Lavandin, which is used in soaps, perfumes, oils, and insect repellents.

Lavender has been used as an herb for over 2,500 years. In ancient days the Egyptians used it for mummification. Apart from the Egyptians, the Arabians and the Phoenicians also used it as a perfume. The Romans used lavender oil for bathing and called it Lavandula, which literally means, ‘to wash’. The Romans also discovered the process to extract the essential oils from lavender to use it as a perfume.

Prev Next
The Rainbow Mountains, China Cave of the Crystals

It is no easy task to lead men. But it is easy enough to drive them.
Rabindranath Tagore
Post View Counter
3159
34.08
Today So Far
Total View (Lakh)