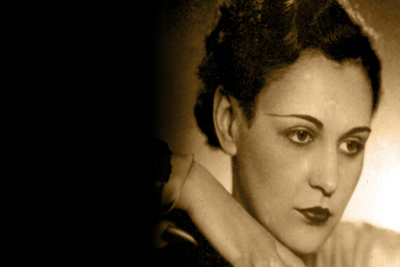 According to Greek mythology, Asterion, the king of Crete, had three sons, namely Minos, Sarpedon, and Rhadamanthus. After the death of king Asterion, Minos claimed the throne of Crete, as he supposedly had the support and authority of the gods to rule. He also boasted that he is blessed to receive anything he wants from the gods, if he prays for it and he can also prove his claim in this effect. To prove his claim, one day while worshipping Poseidon, the god of the sea, earthquakes and horses, Minos prayed for a bull coming out of the depth of the sea and promised to sacrifice the bull to the god. As Poseidon was pleased with his prayer, a magnificent bull came out of the sea, which validated Mino’s claim and he immediately took the throne and banished his brothers from Crete. However, King Minos did not fulfill his promise to Poseidon. As he very much liked the god-sent majestic bull, he kept the animal for himself and sacrificed a different one to the god and thus earned the wrath of Poseidon.

To punish Minos for not fulfilling his vows and trying to cheat him, Poseidon instilled a tremendous passion for the bull that came from the sea within the heart of Pasiphae, the king's wife. Plagued by her divinely inflicted desires, Queen Pasiphae could not restrain her feelings and Minotaur was born out of their union.

Pasiphae nourished Minotaur while he was a bull calf. However, gradually he grew up to be a ferocious monster with the body of a man and the head and tail of a bull and since he was neither man nor beast, he started to eat people. As he was becoming uncontrollable, King Minos, as advised by an oracle, instructed his architect Daedalus to build an impassable Grand Labyrinth to house the Minotaur. Anyone who entered it, was doomed to be devoured by the Minotaur, the monster.

In the meantime, Androgeos, the son of king Minos, was reportedly killed by the Athenians out of jealousy for his outstanding performance in the Panathenic Games. The enraged king attacked Athens, defeated the Athenians and demanded that every year Athens would pay a tribute to Crete of seven maidens and seven youths to be devoured by the Minotaur. As the Athenians reluctantly submitted to his terms, King Minos returned to Crete.

The Athenian youths sacrificed to the Minotaur, by Gustave-moreau

According to legend, Theseus, the son of King Aegeus, volunteered to join the band of the third tribute of youths, who would to be sent to Crete. As he arrived Crete, Ariadne, King Minos' daughter, was charmed by his well-built, handsome look and fell in love with him. Unable to bear the thought of Theseus being devoured by her half-brother the Minotaur, she immediately ran to Daedalus, the architect of the Grand Labyrinth for help. Equipped with his advice, Ariadne ran back to Theseus and offered to help him conquer the labyrinth and kill the Minotaur if he would marry her.

As he agreed, Ariadne gave him a ball of red thread and explained him how to use it to find his way out of the Labyrinth. Theseus followed her instruction and tied one end of the string at the entrance and continued into the maze. He found the Minotaur in the furthest corner of the Labyrinth, killed him with his sword and followed the red thread back to the entrance.

An educated, enlightened and informed population is one of the surest ways of promoting the health of a democracy.
Nelson Mandela
Post View Counter
238
30.23
Today So Far
Total View (Lakh)