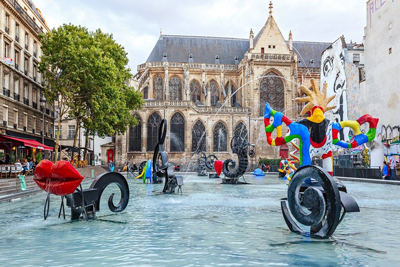 The Zebra Duiker (Cephalophus Zebra), also known as the Banded Duiker or Stripped-back Duiker, is a small antelope and is considered to be one of the earliest duiker species to have evolved. The tiny Zebra Duikers are found primarily in the closed-canopy rainforests of mid-western part of Africa, including Sierra Leone, eastern central Liberia and the Ivory Coast. While their habitat principally consists of forested regions, like the rainforests, sometimes they establish themselves in lowland forests and on hillsides. Generally they live a solitary life, except when mating and raising the young.

However, they are very much sensitive to habitat destruction and prefer to live in areas that have not been disturbed by deforestation. In fact, deforestation is the main reason behind the population decline of the poor animal. Due to its small size, it has many predators, including the various species of African big cats and the birds of prey. The Zebra Duiker is also indiscriminately poached for its meat. Currently, the zebra duiker is listed as vulnerable on the Red list of the International Union for Conservation of Nature (IUCN).

Unlike the white background of a zebra’s coat, the tiger-like light gold or reddish-brown body of Zebra Duiker is strikingly marked from the shoulders to the rump with 12 to16 black or dark brown transverse stripes. The pattern of the stripes, which includes their number, arrangement and degree of tapering, is unique to each individual and no two Zebra Duikers have the same markings.

All the stripes, from the shoulders to the hips, extend down the sides and past the hips, they become very narrow and disappear before the tail. Their undersides are pale, while the tails are reddish brown and lacks stripes. The face of a Zebra Duiker is deep chestnut brown, without any distinctive markings, muzzle is black and the lower jaw whitish. They have short horns, sharp cones in both males (4 to 5 cm) and females (2 to 3 cm), without a tuft of hair on its forehead. The Zebra Duiker is a stocky animal, with a rounded back and short limbs. It stands about 1.3 to 1.6 feet at its shoulder, adults weigh an average of 17.5 kilograms and in general, the females are larger than the males.

The pair bond is reinforced with mutual rubbing, licking, and scent-marking. With a gestation period of about 221 to 229 days, they breed about once a year. Mothers hide their babies for the first 2-3 weeks after birth, leaving the infant tucked away in dense vegetation and visiting it, on average, four times daily for nursing. Females can mate again approximately ten days after giving birth. For the first two months of its life, the coat of a baby Zebra Duiker retains a bluish hue to its coat, with very closely-spaced stripes. Gradually, within 7 to 9 months, the colour of the coat changes to turn golden.

Zebra Duikers are mainly fruit and foliage browsers, eating leaves, shoots, flowers, seeds and seasonal fruits and much of the food they consume is provided by the climbing or flying animals that dislodge fruit or leaves to the forest floor. They are capable to crack open the hard exterior of certain fruits, with their reinforced nasal bones. However, they do not appear to be specialized in a specific dietary niche and occasionally also consume small rodents.