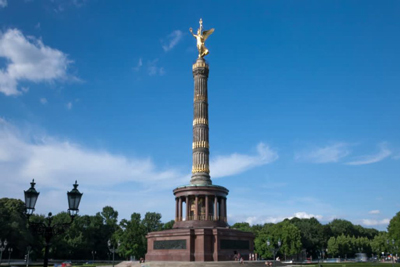 Ephesus was an ancient Greek city on the coast of Ionia, an ancient region on the central part of the western coast of Anatolia in present-day Turkey. It was built in the 10th century BC on the site of the former Arzawan capital, by the Attic and Ionian Greek colonists. Roughly from late 15th century BC until the beginning of the 12th century BC, Arzawa was the name of a region and a political entity in Western Anatolia. During the Classical Greek era, Ephesus was one of the twelve cities of the Ionian League, which flourished after it came under the control of the Roman Republic in 129 BC. Ephesus was one of the seven churches of Asia, as mentioned in the New Testament Book of Revelation. It was also the site of several 5th century Christian Councils.

Ephesus was destroyed in 263 by the East Germanic Goths, who played an important role in the fall of the Western Roman Empire through the long series of Gothic Wars. However, it remained the most important city of the Byzantine Empire in Asia, after Constantinople in the 5th and 6th centuries. Subsequently, it was again partially destroyed by an earthquake in 614 AD. Although the city was rebuilt, its importance as a commercial centre declined as the harbour was slowly silted up by the local river. Raids and pillaging by the Arabs in the year 654–655 and later in 700 and 716 hastened the decline further. From a bustling city with a large seaport, it was reduced to a small village, when the Turks conquered it in 1090. Finally, by the 15th century, Ephesus was completely abandoned.

The majestic façade of the Celsus Library

A glimpse of the Library

Today, the ruins of the ancient Ephesus City are probably the best archaeological site in Turkey, a favourite international and local tourist attraction and the Celsus Library is the highlight of the site. Built in honour of the Roman Senator Tiberius Julius Celsus Polemaeanus, and completed sometime between 117 and 120 AD by his son, Gaius Julius Aquila, the Celsus Library is a huge and massive structure, which stands at the corner of Curetes Street and the Marble Road at the very heart of the City of Ephesus.

Known as one of the most impressive buildings in the Roman Empire and the third richest library in the ancient times after the Alexandra and Pergamum, it was built to store the 12,000 scrolls of the manuscripts that were kept in cupboards in niches on the walls. As the building was surrounded by an additional wall, the hollow space between the internal and external walls served as an insulator. It provided additional protection for the invaluable items stored in the cupboards, from being exposed to the extremes of temperature and humidity. The building also served as the mausoleum for Celsus, who was buried in a burial chamber beneath the ground floor of the library. A statue of Athena was installed over it, as she was the goddess of the wisdom.

The top of the central entrance

Designed by the Roman architect Vitruoya, the Celsus Library in Ephesus was built on a nine stepped podium, leading up towards the three huge front entrances, all embellished with windows above. The two side entrances are comparatively smaller than the central entrance. All the entrances are flanked by four pairs of Composite Columns, which are elevated on pedestals. Directly above the first set, stands a set of Corinthian Columns, which further adds the height of the building. The columns in the first level frame the doors, while the pairs of the columns on the second level frame the windows. It also crafted the slots for the four statues, representing the four human qualities, namely wisdom (Sophia), knowledge (Episteme), intelligence (Ennoia) and virtue (Arete). For the formation of the monolithic shafts of all the eight columns, expensive purple-veined marble from central Phrygia was used. The surface of the façade was mainly ornamented with reliefs of mythical scenes, eagles, patterns of stylized flowers, leaves and scrolling tendrils.

The broken statue of Ennoia

The Statue of Arete Kelsou

The interior of the building was a huge single rectangular room paved with decorated marbles. Its central recess, known as apse, was framed by a large arch at the far wall. A statue of Athena stood in the apse, just above the tomb of Julius Celsus, buried below in a vaulted chamber. A set of stairs, built into the walls to add support to the building, leads to the second and the third level, which were also equipped with niches for preserving the ancient scrolls. As the library was flanked by other buildings, the other sides of the building are architecturally irrelevant.

Unfortunately, the interior of the library, along with the valuable scrolls, was destroyed by a deadly fire during a Gothic invasion in 262 AD. However, there are conflicting accounts of how the library was destroyed. Some opined that, it was destroyed by the devastating earthquake that struck the city in 262 AD. Only the facade survived and the area in front of it turned into a pool, reflecting the beautiful façade. Later, huge reliefs depicting the victory of Marcus Aurelius over the Parthians were found by the side of the pool. Most of those reliefs are now exhibited in Vienna, except several original fragments and replicas of so-called Parthian Monument, which can be seen in the Ephesus Museum in Selçuk. Nevertheless, the façade was also destroyed by a later earthquake, probably in the eleventh or the tenth century. It remained neglected in ruins for centuries, until when the façade was re-constructed by the archaeologists between 1970 and 1978.

The reconstruction campaign of the façade was conducted by the German archaeologist Volker Michael Strocka. The fragments excavated by Austrian archaeologists at the beginning of the 20th century were used for the purpose of the reconstruction. As some of these fragments had been bought and shifted to some museums in Istanbul and in Vienna, the missing links of the elements had to be replaced by copies. The most prominent among the copies are the statues of the Four Virtues, the originals of which are now in the Museum of Art History (Kunsthistorisches Museum) in Vienna.

Everything comes to us if we create the capacity to receive it.
Rabindranath Tagore
Post View Counter
1546
15321
10.48
Today So Far
Weekly Views
Total Views
(Lakh)