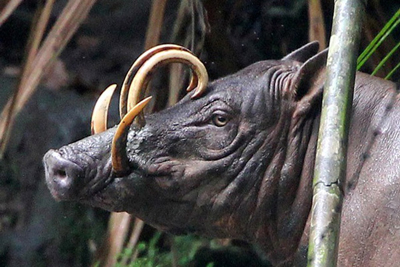 Born in Amiens, France on 28 April 1912, Odette Marie Céline Brailly lost her father, when she was only six. Her father, Gaston Brailly, a bank manager, was killed in Verdun, just days before the end of the WWI. As a child she contracted some serious disease, which made her blind for three and a half years and after she regained her sight, a sudden bout of Rheumatic fever left her weak and partially paralyzed for months. For schooling, Odette was sent to the Convent of Sainte Thérèse, as her mother thought the Normandy air would be beneficial for her health. There, in the convent, the nuns considered her volatile, petulant, and stubborn. It is not impossible that her prolonged illness was responsible for her insolent attitude and impudent behaviour at that age.

Odette met Roy Patrick Sansom, a British hotelier, in Boulogne and married him on 27 October 1931 in Boulogne-sur-Mer and moved to Britain with her husband, where the couple had three daughters. As Roy Patrick Sansom joined the army at the beginning of the Second World War, Odette moved to Somerset with her daughters for safety and to avoid German bombing.

During the war, though she was safe with her children, she was very much worried about her mother and brother, who were in Nazi-occupied France, but she was not in a position to do anything to help them. Coming from a long line of patriots from the province of Picardy, she detested Hitler, the Nazi system, the police state and was outraged when the Nazis took over her nation. She was eager to fight against the Nazis to help her mother and the motherland. The opportunity came in the spring of 1942, when after the British evacuation of Dunkirk, the British war office went on the radio asking for photographs of the French coastline to determine the exact topography of a particular section. Odette wrote a letter to them to the effect that she knew the area well, which could be helpful for the country.

About a week later, she was invited to a shabby London hotel, where she met Selwyn Jepson, a novelist, who was actually the recruiting officer for the French section of the Special Operations Executive (SOE) of the British secret service.

Odette with her children, Marianne, Lily and Francoise

During that time, Britain was completely isolated, as most of the countries of Europe were under Germany’s thumb and it desperately needed to conduct missions of intelligence, espionage to make contact with the local resistance groups and engage in sabotage operations against the Axis powers. At first Odette refused to be recruited, as she had three little daughters, but guilt about her family made her to accept it at the end. She left her children in a convent and began training with the SOE. Her training began in July 1942, at the SOE school, a country house hidden in New Forest, Hampshire .During her training, she learned unarmed combat, handling different weapons, Morse code, methods to sabotage ships and ports, handle a canoe and ways to evade answers during the Nazi interrogation and in short, all the techniques necessary for leading the double life of a spy.

She was even injured in a parachute training accident, but she was determined to get through her tests. During the training period, she was deemed as impulsive, temperamental, stubborn and completely unable to admit her mistakes. However, as she did show determination and was a native Frenchwoman who knew the region, the 30-year-old Odette was finally enrolled as a member of the Women's Transport Service, a part of the First Aid Nursing Yeomanry (FANY). Her first mission was to set up a wireless operation at Auxerre, in Nazi-occupied France.

SOE officers in Haute-Savoie, France in August 1944 with members of the French Resistance

On the evening of 2nd November 1942, with several other agents, two of them women, Odette sailed from Gibraltar aboard a small Polish trading boat and a week later, landed on a beach near Cassis, an unoccupied region of France. During the following month, when the Germans were prompted to enter the unoccupied zone, the Mediterranean coast took on new significance for the SOE. Captain Peter Morland Churchill (code name ‘Raoul’), the commanding officer of Spindle, the code name of the Marseilles-Cannes SOE circuit, persuaded the authorities in London that due to the changed situation he would need a talented French-woman to be his courier. Accordingly, he selected Odette, code name ‘Lise’, as she spoke French and could plan and execute the night parachute resupply drops and arrange for secret transportation of the agents.

However, as the German intelligence was rapidly becoming more of a threat, Captain Churchill moved the Spindle to Upper Savoy in February 1943. During that time, as he had to leave for England on a secret trip, he left the charge of the team to Odette, who methodically organized and brought about the largest resupply drops ever made to the Maquis, the rural guerrilla bands of the French Resistance, who were hiding in the mountains above the Cote d'Azur in France. However, by the time Churchill landed by parachute on the night of 14/15 April 1943, in a remote mountainous area, the German agents had already started to infiltrate Spindle. Churchill and Odette took shelter in the Hôtel de la Poste, an inn in St Jorioz village in Haute-Savoie, close to Switzerland and Italy. Both of them were arrested there, the next night, by the Italian troops and a German security agent, Hugo Ernst Bleicher. After that, they were sent to Fresnes Prison, in Paris.

In the prison Odette was interrogated fourteen times by the Gestapo. Though they started questioning apparently at random, basically they were interested to know the true identity of Spindle's wireless operator and the whereabouts of a British officer, Captain Francis Cammaerts, who had landed in the plane and took Churchill to England. As she disclosed nothing, she was subjected to inhuman torture, her back was scorched with a red-hot poker and all of her toenails were pulled out. Yet, she divulged nothing and stuck to her fabricated story that she was married to Peter Morland Churchill, the nephew of British Prime Minister Winston Churchill and her husband knew nothing of her activities. The story was fabricated with the hope that it would misguide the Germans and due to her relationship with the British Prime Minister, they would want to keep her alive as a possible bargaining tool in future. Thus, Odette succeeded in diverting attention from Churchill, who was subject to only two interrogations.

While in prison, the German agent Bleicher, who was instrumental in her arrest, occasionally offered her to travel with him to Paris to attend concerts and have dinner in posh restaurants, with the intention to make her talk and his invitations were promptly rejected by Odette. In June 1943, Odette Sansom was condemned to death on two counts, to which she sarcastically asked them to make up their mind, as to on which ground she would be executed, as she could die only once. Returning to Fresnes, Odette Sansom expected to be shot, but Germans were reluctant to kill her, due to her probable relationship with the British Prime Minister.

Along with six other women agents of the SOE, Odette Sansom was taken in handcuffs by night train from Fresnes to Karlsruhe Prison in Germany, on 12 May 1944, just 25 days before the Allies landed in Normandy. Though all of them were on the same mission and parachuted in France, they were unknown to each other. In the prison they exchanged their names and code names, as they knew that the end is coming soon.

On receipt of orders from Berlin in July, Andree Borrel, code name Denise, Vera Leigh alias Simone and Diana Rowden or Juliette, were transported to the Natzweiler Concentration Camp in Alsace, where they were executed. Odette and the remaining three other agents were shifted to the infamous Dachau Concentration Camp, in the month of September, where Yolande Beekman alias Yvonne, Madeleine Damerment, code name Martine and Eliane Plewman, known to her comrades as Gaby, were executed without trial on 13 September 1944, along with Noor Inayat Khan. Ironically, Odette Sansom, the only one officially condemned to die, was the only one to survive.

Thereafter, Odette was moved again and was locked in a cage at police headquarters in Frankfurt for almost a week, after which she was transported to Halle, to be treated brutally again. Finally, they took her to the Ravensbrück Concentration Camp for women, where she arrived on 18 July 1944, just two days before a now-famous failed plot by members of Hitler's inner circle to assassinate him. In an attempt to break her spirit, Odette was put in an underground solitary confinement at Ravensbrück and was moved to a cell above the ground, when her health was rapidly failing by the month of October. She was moved again in December, which was supposed to be one of the better quarters, located next to a crematorium that blackened her cell with soot. However, Odette survived her years of torture, by remembering her childhood blindness, her paralytic condition due to Rheumatic fever and remembering the advice of her grandfather, who always insisted not to accept weakness easily.

She was released from the Ravensbrück Concentration Camp on 28 April 1945, which was incidentally her 33rd birthday, weighing less than 90 pounds. In fact, as the Allies were approaching rapidly and were only a few miles from Ravensbrück, Fritz Suhren, the commandant of the camp, took Odette in his Mercedes and drove her to the American line, with the hope that her relation to the British Prime Minister would save him. During the ride, while Odette was under the impression that he was taking her somewhere for execution, Sühren was hoping to save himself from execution as a war criminal after the imminent defeat of Germany, as he saved the life of Odette. As his Mercedes reached the American line, he introduced her to the Americans as Frau Churchill, believing that she was related to the British Prime Minister and his action would help him to evade his own execution as a war criminal. In her turn, Odette got out of the car, pointed her finger to Sühren, identified him as the commandant of the Ravensbrück Concentration Camp and asked the American to arrest him immediately.

Scenes from the film Odette (1950), based on her biography

Following the War Crimes Tribunal at Nuremberg, Sühren, along with the other top-ranking prison staff, was executed. According to Odette, the officer responsible for her torture in Paris was a very good looking young Frenchman and was probably mentally ill. He was also executed in July 1944, for ordering the shooting of British parachutists captured in uniform.

Odette Sansom was appointed a Member of the Order of the British Empire and was the first of the three Second World War First Aid Nursing Yeomanry members to be awarded the George Cross, which she received on 19 November 1946, from King George VI, the first woman to be awarded the United Kingdom's highest civilian award for courage, endurance and self-sacrifice. Apart from that, she was also appointed a Chevalier de la Legion d’honneur for her work with the French Resistance.

After the Great War, her marriage to Roy Sansom was dissolved and she married Peter Churchill. However, the marriage did not last long, as she divorced Churchill to marry Geoffrey Hallowes, another SOE officer. She gained considerable fame after the publication of her biography in 1949. In 1950, a film named ‘Odette’ was made, based on her biography. She died at the age of 82, in Walton-on Thames, in Surrey on 13 March 1995.

Do yourself what you wish others to do.
Sri Sri Ramakrishna Paramahamsa
Post View Counter
173
11457
12.46
Today So Far
Weekly Views
Total Views
(Lakh)