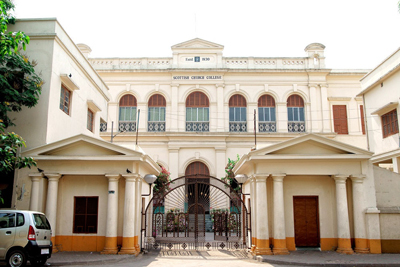 The Indian National Association alias Indian Association was one of the pioneer political organizations in British India. The main purpose of the Association was to promote the political, intellectual and material advancement of the people of India by legitimate process. Gradually, it attracted the educated and elite section of the society, as well as the civil leaders from all parts of the country and became an important forum for the ambition of the independence of India.

Before the formation of the Association, Sisir Kumar Ghosh and Shanbhu Charan Mukherjee founded the ‘India League’ in Calcutta on 25 September 1875. It represented the middle class society and worked to stimulate the sense of nationalism among the mass and to encourage political education. Important nationalist leaders like Durgamohan Das, Nabagopal Mitra, even Surendranath Banerjee and Ananda Mohan Bose were also associated with the league. In fact, there was not much difference between the India League and the Indian Association in objectives and outlook, as both of the organizations were founded with the basic aim of initiating and growth of national feeling and political unity among the educated middle class in India.

The Association intended to provide a political platform for the young middle class community, on a more democratic basis. The big business leaders and property owners were not included in its membership role and its leaders were mostly educated young men, lawyers and journalists. Ultimately, the Association displaced the Indian League, which rivaled the British Indian Association, which it regarded as a reactionary body of landlords and industrialists.

In 1877, under the leadership of Surendranath Banerjea, the Association strongly protested against the unilateral decision of the government to reduce the age limit for the candidates of the Indian Civil Service examination from 21 to 19 years. The Association also demanded simultaneous holding of civil service examination in England and India and appointment of more Indians in the higher administrative posts. Apart from that, the Association led strong campaign against the repressive Arms Act and the Vernacular Press Act in 1878 and exemption of duties on cotton goods. Public meetings were also arranged by the Association demanding removal of racial inequality between Indians and Europeans and reduction of salt tax. However, Association gave its support to the Bengal Tenancy Act of 1885.

As a gesture of national integrity and goodwill towards the Muslims, the Association invited Nawab Mohammad Ali to preside over its second annual conference in Calcutta in December1886. In the conference, the Indian Association expressed its solidarity and decided to merge with the Congress. In fact, the Indian Association lost its earlier political importance with the functioning of the Congress as an all India organisation. Nevertheless, during the Partition of Bengal in 1905, the Association under the leadership of Surendranath organised the Swadeshi Movement of boycotting the British goods. On the other hand, in view of the continuous demonstrations, protests and riots in response to the Swadeshi Movement, the British Government was compelled to revoke the partition of Bengal in December 1911.After that, gradually the Indian Association lost much of its political importance and continued its existence being engaged mainly in social works.

It will be worth to mention here that, the annual conference of the Indian National Congress was held in the Association hall on 27 December 1911, when ‘Jana Gana Mana’, penned by Rabindranath Tagore was sung for the first time in an open meeting and subsequently became the National Anthem of India.

Today, Indian Association or Bharat Sabha Hall, a Heritage building in the city of Calcutta, located on 62 BB Ganguly Street in Bowbazar area, is just another auditorium in the locality, available on payment of rent for a few hours, for holding meetings or musical performances. The three-storeyed old building with a pale cream stone-façade and the tall windows on the first floor rising up from the ground with wooden railings, seems to be totally unmatched with the rows of unpolished rickety old chairs that are arranged for the audience in the first-floor meeting hall. From its pedestal, the serious-looking bust of Surendranath Banerjea and the pictures of his famous colleagues imprisoned in the frames along the walls, sometimes have no other way, but to helplessly watch dancing young performers on the stage, accompanied by ear-piercing cacophonous sound, in the name of music.

Education is the most powerful weapon which you can use to change the world.
Nelson Mandela
Post View Counter
817
12996
11.64
Today So Far
Weekly Views
Total Views
(Lakh)