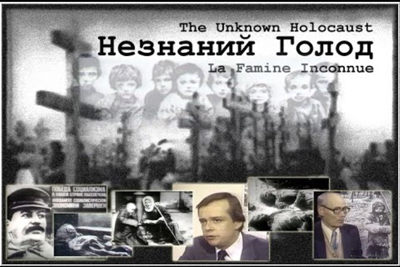 Born as Jean Merilyn Simmons on 31 January 1929 in Crouch Hill, London, Jean Simmons was the youngest of the four children born to Charles Simmons, a bronze medalist in the Summer Olympics of 1912 and his wife Winifred Aida. During the World War II, the family evacuated to Winscombe in Somerset and sometime during that period, Jean Merilyn joined her elder sister onto the village stage at the age of 14. As the family returned to London, Charles Simmons died suddenly, when Jean Simmons was only 16.

During that time, Jean and her sister, Edna had been attending the Aida Foster School of Dance. However, within a few weeks, she was swept from dancing classes to the studio, when she was spotted by the writer-director Val Guest, who was looking for a spirited girl to play Margaret Lockwood's spoiled and bratty 12-year old sister in Give Us the Moon (1944).

It is said that Jean cried inconsolably when shooting of the film was finished and she had to return to her school. However, her potential was realized, as Val Guest described her as an intuitive talent and several other films followed, which include Mr. Emmanuel (1944), Meet Sexton Blake and Kiss the Bride Goodbye (1945), a singer in The Way to the Stars (1945) and a slave girl for Vivien Leigh in Caesar and Cleopatra (1945).

However, the scenario changed abruptly, when the British film director David Lean selected her to play the role of young Estella, the taunting girl who was raised to break men’s hearts, in Great Expectations (1946).While Simmons received excellent reviews for her performance, the film ranked third most popular film at the British box office in 1947. The film opened the flood gate of offers for Jean, as she played supporting roles in Hungry Hill, Uncle Silas and The Woman in the Hall (1947). In addition to that, Michael Powell and Emeric Pressburger selected her to be the sensual native girl with a jewel in her nose, in Black Narcissus (1947), whom five Anglican nuns sought to civilize in a convent high in the Himalayas. Her portrayal of Estella in Great Expectation convinced Olivier to cast her in Hamlet (1948), though she had never read or seen the play. The film won the Oscar for best picture and Simmons was nominated for best supporting actress.

Reckoned as a rather daring film for showing a lot of flesh for its day, Jean Simmons looked ravishing in the Technicolor film The Blue Lagoon (1948), in which she was one of two youngsters who grow up shipwrecked on a deserted island. In the same year, at the suggestion of Steward Granger, she featured with him in Adam and Evelyne (1949), in which she played the role of a penniless orphan, raised with the support of a mysterious benefactor. In fact, while filming Caesar and Cleopatra, Simmons had developed a romantic attachment with Stewart Granger, which was responded by Granger, though he was 16 years older and married. Nevertheless, the film perfectly demonstrated Simmons' expert handling of romantic comedy.

Her films in 1950 included, So Long at the Fair, in which she was romantically paired with Dirk Bogarde, Cage of Gold, a thriller in the background of post WW II Britain, Trio, where she was achingly moving as a consumptive patient who falls in love with another sanatorium inmate, played by Michael Rennie and The Clouded Yellow, a tense thriller, in which she was a disturbed girl, intriguingly suggested a fragile grip on sanity

Granger and his wife, actress Elspeth March, were divorced in 1948 and Granger headed to Hollywood in late 1949, as he was signed by MGM for King Solomon’s Mines. Simmons also moved to Hollywood in 1950, for filming Gabriel Pascal’s Androcles and the Lion (1952), co-starring Victor Mature. In December 1950, Granger and Simmons eloped to Tucson in Arizona and were married on 20 December 1950. However, they were shocked to know that the British producer J. Arthur Rank had sold Simmons to Howard Hughes, the owner of RKO, one of the Big Five studios of Hollywood’s Golden Age. He was madly obsessed with her and openly confessed an unrequited passion for the star. As one of the richest and most powerful men in Hollywood, he was accustomed to getting what he wanted. However, when Simmons flatly refused to oblige him, he took his revenge by refusing to lend her to William Wyler, who wanted her to star in his Roman Holiday, the film that would bring Audrey Hepburn an Oscar and make her a famous star. He blocked Simmons professionally, so that she did not work for over a year and also threatened her to put her in three lousy productions that would ruin her career, when she refused to sign a seven-year contract with RKO.

While Granger fought Hughes with a lawsuit, Hughes forced her to play in mediocre films. However, his plan failed and it became a boomerang for Hughes, when Simmons appeared in Otto Preminger's masterly thriller, Angel Face (1952), as femme fatal and startled audiences with her powerful portrayal of a homicidal, father-fixated psychopath, one of the genre’s most beautiful killers.

In 1952, Hughes yielded in the courts and Simmons became free to sign a non-exclusive contract with 20th Century-Fox. She immediately starred in three prestigious movies simultaneously. MGM's Young Bess (1953) was the first of American movie in which Simmons played opposite Stewart Granger, in which she portrayed the spirited and headstrong young woman, who would become Queen Elizabeth I of England. After that, according to the settlement with Hughes, She went back to RKO for filming Affair with a Stranger (1953) with Victor Mature, which flopped in the box office.

After completing her job with RKO, Simmons went over to 20th Century Fox to play the female lead role in the first Cinema Scope movie The Robe (1953), with Richard Burton. During the shooting of the film, Burton probably became one of several other leading men in the movie world, who fell in love with Simmons, which she ignored. Nevertheless, the film was an enormous financial success. Despite superb reviews The Actress (1953) at MGM was less popular, although it was one of the personal favourites of Simmons. In the film, she played the role of a stage-struck teenager, based on the autobiography of actress-writer Ruth Gordon, along with Spencer Tracy and Teresa Wright as her parents. Simmons adored Spencer Tracy, both as an actor and a friend, described her experience of acting with him as sheer heaven and named her daughter with Granger as Tracy.

In The Egyptian (1954), her next film with Fox, another epic set in centuries before Christ, she was the shy tavern maid who secretly loved the hero of the film, a physician. She also had the female lead role in Columbia's A Bullet Is Waiting (1954). In Desiree (1954), she was the mistress to Marlon Brando’s Napoleon and the film was ruined by his languid mockery and clowning. The film had its faults, but it was at its best when Simmons and Brando were on screen. They also became good friends and their chemistry became more apparent in their next film Guys and Dolls. However, before that, Simmons and Granger returned to the UK for filming Footsteps in the Fog (1955), in which Simmons proved she could hide her inherent sweetness and spontaneously play a vindictive cockney maid in love with her rough and ruthless master, played by Granger. In Guys and Dolls (1955), Simmons took the risk to sing two numbers and appear in a role, which was turned down by Grace Kelley. In the film, she appeared as Sergeant Sarah Brown, who was bedeviled by Marlon Brando’s Sky Masterson. The film was a big hit and Simmons earned her first Golden Globe Award for Best Actress for her performance in the film. During that time, Joseph L Mankiewicz, the director of the film, described Simmons as an enormously underrated girl. In fact, although in terms of talent Jean Simmons was way ahead of most of her contemporaries, she did not become a great star, as the lady luck betrayed her.

Strangely, the quality of her films slumped after 1955. Simmons played the title role in Hilda Crane (1956) and played as secretary to gangster Paul Douglas in This Could Be the Night (1957). Until They Sail (1957) was a war soap opera, with Paul Newman as an army major in New Zealand and Simmons a widow initially hostile to his view of wartime marriages. The Big Country (1958) was a big western with Gregory Peck and Charlton Heston as her leading men. However, Home Before Dark (1958), was an exception to this trend, where Simmons gave an outstanding performance as a woman who had a nervous breakdown and returned home from a mental asylum.

Marriage between Jean Simmons and Stewart Granger ended in divorce on 12 August 1960 and almost immediately Simmons married writer-director Richard Brooks on 1st November 1960, with whom she had a daughter, Kate, named after Katharine Hepburn. Richard Brooks raised her horizons by casting her as the evangelist Sister Sharon Falconer opposite Burt Lancaster in Elmer Gantry (1960).It was a successful film, Lancaster and Shirley Jones won Oscars, but the commendable performance of Simmons was ignored, as she was not even nominated. After that, she played the female leads in Stanley Kubrick's Spartacus (1960), with a star studded cast that included Kirk Douglas, Lawrence Olivier, Peter Ustinov and Charles Laughton. The film had some giggle-making love scenes with its memorable ending in which Simmons shows their baby to a crucified Spartacus. In the same year Simmons also played a would-be home wrecker, opposite to Cary Grant in The Grass Is Greener (1960).

With Kirk Douglas in Spartacus (1960)

On her come back after taking a year off to bring up the children, Simmons found that there is no choice, but to accept the roles that are offered. During this period, she played a widow in All The Way Home (1963), a bitchy wife playing around with her husband’s friend in Life at the Top (1965), an enigmatic blonde in Mister Buddwing (1966), and the recipient of large alimony payments in Divorce American Style (1967). During this period, Simmons started to take alcohol, probably out of depression and when her husband, Richard Brooks wrote a script to revive her career, Happy Ending (1969), he hoped its portrait of an alcoholic wife would make her realize that she had a problem and would try to come out of it. Simmons earned an Oscar nomination for the film, which was more out of respect than conviction.

It became evident in the early 1970s that Simmons has almost retired from the movie world, as she turned her focus to stage and television acting. There were stories about her drinking too much. Her marriage to Brooks came to an end in 1977 and in 1983, she checked herself into the Betty Ford Clinic for treatment of alcoholism and confessed publicly about her addiction. She appeared with Trevor Howard in The Dawning (1988), which was Howard's last film. Slowly she went into semi-retirement and was often too shy to accept invitations at film festivals. However, she did a wonderful voice performance at the age of 75, in Hayao Miyazaki's Howl's Moving Castle (2004). In her last film, Shadows in the Sun (2009), a touching story of ageing, she was extremely touching as a dying poet.

Nine days before her 81st birthday, Jean Merilyn Simmons died from lung cancer at her home on 22 January 2010 and was buried in Highgate cemetery in north London.