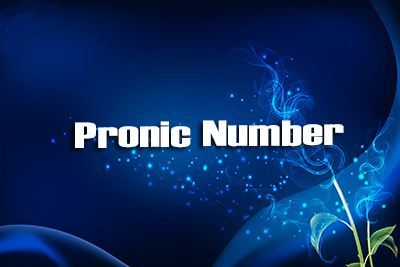 Located just outside the capital city of Lisbon, the Palace of Queluz, the Royal residence of two generations of monarchs, is a landmark for both Portuguese architecture and landscape design. The magnificent palace, the erstwhile residence of the Portuguese royal family, showcases a combination of baroque, rococo and neo-classical architectural styles and is one of the last great rococo buildings to be designed in Europe.

Conceived as a summer retreat for Prince Dom Pedro of Braganza, the third Lord of the Casa do Infantado, work on the palace began in 1747, under Portuguese architect Mateus Vincente de Oliveira, which continued till 1786. In fact, Dom Pedro undertook a concerted campaign of building work, enlarging the Old Palace, known as Paço Velho and giving it the dimensions of a genuine Royal Palace. Later, he married his own niece, Queen Maria I and thus became the King Consort Pedro III. Despite a huge age difference of 17 years, they had a happy marriage. However, Dom Pedro carefully remained aloof to the political intrigues of the court and equipped with his own considerable fortune and elegant tastes, he devoted his entire time, effort and constant attention to the development of the Palace of Queluz that only ended with his death. The palace served as a discreet place of incarceration for Queen Maria and her slow descent into madness that became evident in 1786, the year in which she lost her husband, Dom Pedro and worsened with the death of her eldest son from small pox, in 1788.Finally, she was confined to Maria's Pavilion, which makes up the southernmost wing of the palace, built during the third and final phase of construction, executed by Manuel Caetano de Sousa. Although she was kept away from public view, her insane screams would echo through the palace. Later, the rooms that formed the Maria's Pavilion became the state rooms of her beloved eldest son, José.

From summer retreat, the Palace of Queluz became the official residence of the Portuguese prince regent João VI and his family, when the Ajuda Palace, built on the site of a temporary wooden building to house the Royal family after the 1755 earthquake and tsunami, was destroyed by fire in 1794. However, the royal family left the palace and the country, when they fled to the Portuguese colony of Brazil in 1807, one day before Napoleon’s troops invaded and entered Lisbon under the command of General Junot, which brought an end to the liveliest period of residence at the Palace. King João VI and the Portuguese Court returned to Portugal in 1821, but from 1826, the palace slowly fell from favour with the Portuguese sovereigns and in 1908, it became the property of the state. The palace was extensively restored following a severe fire in 1934, which gutted one-third of the interior.

The Sphinx sculpture in the facade gardens

Despite being far smaller, the Palace of Queluz is often referred to as the Portuguese Versailles for its beauty. The main facade of the palace that faces directly onto a town square, presents a decorous and an impassive public face with one of the most architecturally severe elevations of the palace. Its only decoration comes from the simple classical pediments above the windows. The Ceremonial Façade, the best-known view of the palace, has been described as a harmonious example of Portuguese Baroque. The second major part of the palace, the great western wing, known as the Robillon wing or Robillon Pavilion, has a Doric colonnade that runs the entire length of its western and southern façades. The wing also contains an entrance to the palace reached by flights of ingeniously designed graduated steps, adorned with elaborate statuary. The different green spaces form a unified whole with the building, whose façades face the upper French-style gardens. The beautiful statues decorating the huge greenery are inspired by themes from classical mythology.

Inside the palace, the state rooms, the private apartments and the spaces used for religious worship follow symmetrically on from one another and all enjoy close links to the gardens outside, which were formerly used for the festivities like, concerts, dances, theatrical performances, games, and equestrian and display of fireworks. The walls are decorated with gilded woodcarvings, mirrors or paintings that become sparkling by the glow of the highly decorative chandeliers. Apart from that, the various artworks and other treasures on display, mostly from royal collections, all reflect the sophisticated atmosphere of the golden days of the palace.

The Sala das Mangas, the only room that fully survive the 1934 fire, is a long gallery that leads to the enfilade of the state rooms consisting of three large halls, namely the Hall of Ambassadors, the Music Room and the Ball Room. The Music Room, decorated with gilded and painted wood and lit by huge crystal chandeliers, contains the grand piano, as it was the setting for the large concerts for which the palace was famous. With its ceiling decorated with intricate ribbed scheme of designs, it was created in a more neoclassical style than the other state rooms.

The Ball Room was designed by Robillon in 1760 and he combined five smaller rooms to give it an oval shape. Instead of columns or pillars, the coffered ceiling of the room is supported by golden caryatids, sculpted female figures that serve as an architectural support taking the burden of an entablature on their heads. The walls of the room are painted, gilded and mirrored.

The Hall of Ambassadors

The Hall of Ambassadors, one of the largest reception rooms in the palace and sometimes referred to as the throne room or the Hall of Mirrors, was also designed by Robillon in 1757. The room is extremely wide, spanning the full width of the palace, with tall windows on both sides.

The intervening spaces between the windows are occupied by semi-circular gilt console tables above which are pier glasses adorned with crystal wall lights. The ceiling of this long and low room was painted by Francisco de Melo, depicting the Portuguese royal family attending a concert during the reign of Queen Maria I. While the throne dais is flanked by gilded and mirrored columns and set in an apse, the floor, made of white and black marble tiles, looks like a chequerboard.

The Throne Room, also called the Hall of Mirrors

The private rooms of the palace are far smaller and more intimate than the formal state rooms and include the Sala das Merendas, the Queen's Boudoir and the King's Bedroom. The smaller rooms also include the Gun Room, a frescoed salon painted with trees and foliage by Pillement, where hunting parties were hosted.

During its early days, when the palace was occupied by Dom Pedro and Maria I, the chapel was central to the daily routine of their court. Beneath its large onion dome, the chapel is dark and cavernous and decorated with carved gilt wood, the detailing highlighted in red, green, blue and pink, by the Portuguese sculptor Silvestre Faria Lobo. The upper level of the chapel has galleries, for the exclusive use of the royal family, one of which contains a small Rococo pipe organ.

The altar of the palace chapel

Since 1940 the Palace of Queluz, one of the notable public landmarks in the Lisbon metropolitan area, has been open to the public as a museum. However, in 1957, the Queen Maria I Pavilion was renovated to serve as the state guest house, allocated to the visiting heads of the foreign states. Consequently, its state rooms became inaccessible to the public and were excluded from the other parts of the Palace Queluz national monument.

You cannot believe in God until you believe in yourself.
Swami Vivekananda
Post View Counter
1785
32.39
Today So Far
Total View (Lakh)