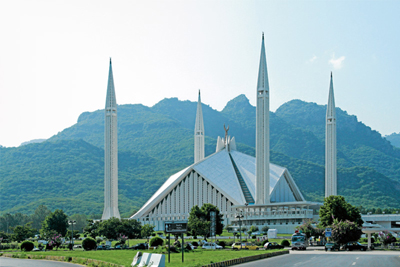 Halle Berry, the first woman of African American descent to win the Academy Award for best actress and one of the highest-paid actresses in Hollywood during the 2000s, was born Maria Halle Berry on 14 August 1966 in Cleveland, Ohio. Her mother, Judith Ann Hawkins, a white English immigrant from Liverpool, was a psychiatric nurse and her father, Jerome Jesse Berry, an African-American, worked as an attendant in the psychiatric ward in the same hospital and later became a bus driver. Halle Berry had a troubled childhood, as her alcoholic father was abusive to her mother and she witnessed her mother being beaten daily, kicked down the stairs and even once hit in the head with a wine bottle. She was raised exclusively by her mother, along with her sister, Heidi Berry-Henderson, as the couple divorced when Berry was only four. However, although estranged from her father since childhood, she maintained a soft corner for her father, as she felt that all through his life he was trying to find himself, find his manhood and turned to alcohol for numbing the fact he felt like a failure.

Halle Berry graduated from Bedford High School, where she was a cheerleader, editor of the school newspaper and prom queen and then worked for a short while in the children’s department at Higbee’s Departmental store. After that, she attended Cleveland's Cuyahoga Community College to study broadcast journalism, but gave up the idea of a career in news reporting before receiving her degree.

After that, she first came into the spotlight, when she won the Miss Teen All-American Pageant, representing the state of Ohio in 1985. Subsequently, she won the Miss Ohio USA, a year later in 1986 and was adjudged the first runner-up in the Miss USA Pageant in the same year, losing the title to Christy Fichtner of Texas. During the same year, she was the first Afro-American entrant in the Miss World Beauty Pageant, where she finished sixth. After that, she shifted to New York City in 1989, to pursue her career as a model and an actress. During those early days, she had to struggle hard, ran out of money and was forced to live briefly in a homeless shelter and YMCA.

However, the situation changed for the better by the end of that year, when she was cast in the role of model Emily Franklin in the short-lived ABC television series Living Dolls (1989), in which she soon gained a reputation for her tenacity onset.

However, her small role as Vivian, a drug addict, in her debut film Jungle Fever (1991), directed by Spike Lee, paved the way to her screen breakthrough and in the same year, she bagged her first co-starring role of Natalie in the comic romance Strictly Business (1991). The following year, she was cast in the role of Angela, a career woman who falls for the lead character played by Eddie Murphy in the romantic comedy Boomerang (1992) and also caught the attention of the critics as a headstrong biracial slave in the TV adaptation of Queen (1993). However, she gained a youthful following for her performance in the role of Miss Stone, the sultry secretary who attempts to seduce Fred Flintstone in The Flintstones (1994). But she tackled a more serious and highly publicized role of Khaila Richards, a former drug addict struggling to regain custody of her son in Losing Isaiah (1995), also starring Jessica Lange.

In the next year, she appeared as Sandra Beecher in Race the Sun (1996), loosely based on a true story and co-starred alongside Kurt Russell in the pulse-pounding thriller, Executive Decision (1996). In addition, she also played the role of Josie Potenza, a rich man’s wife, who goes on a trip to a cabin with her husband, where she meets a man, who offers to kill her husband, in The Richman’s Wife (1996). After that, she earned critical acclaim for her role of Nina, an intelligent woman raised by activists, who gives a politician a new lease on life in Warren Beatty’s Bulworth (1998). In the same year, she also perfectly played the singer Zola Taylor, one of the three wives of pop singer Frankie Lymon, in the biopic Why Do Fools Fall in Love (1998). However, the next year proved to be the most rewarding year for her in the decade, as she earned even greater acclaim for her performance in the role of actress Dorothy Dandridge in the television film Face of an Angel (1999) and won several awards, including a Primetime Emmy Award and a Golden Glove Award.

In 2001, Halle Berry appeared as Leticia Musgrove, the struggling widow of an executed murderer in Marc Forster’s romantic drama Monster’s Ball (2001) and won the Academy Award for Best Actress for her performance in the role, becoming the first African-American woman to have won the award. Interestingly, she portrayed Dorothy Dandridge, the first African American to be nominated for Best Actress, in the 1991 television film, Face of an Angel. However, her role created controversy for her graphic nude love scene with a racist character played by co-star Billy Bob Thornton and it became the subject of harsh criticism of the African Americans, many of whom blamed Berry for accepting the role.

Nevertheless, Berry maintained that she did not find any problem with it, as the scene was essential and pivotal and need to be there. Nevertheless, in the same year, Halle also appeared as the henchwoman of a robber in the thriller Swordfish (2001), in which she featured in a topless scene.

Halle Berry appeared as the Bond girl, Jinx Johnson, opposite Pierce Brosnan, in the blockbuster Die Another Day (2002) and recreated a scene from the 1962 film Dr No, in which Ursula Andress emerged from the surf to be greeted by Sean Connery. Halle was accidentally hurt during the filming, when debris from a smoke grenade flew into her eye, which was removed in a 30-minute operation. In the psychological thriller Gothika (2003), she played the role of Dr Miranda Grey, a psychiatrist, who wakes up after a car accident to find her an inmate of the institution she serves, being accused of a horrible crime and having no memory of the incident. During filming, she broke her arm in a scene, when her co-star Robert Downey twisted her arm too hard, resulting in the postponement of the production for eight weeks. However, although she earned US$ 12.5 million for playing the title role in Catwoman (2004), the film was widely regarded as one of the worst films ever made and Berry was awarded the infamous Razzie Award for Worst Actress. She accepted the award in person, holding her Oscar from Monster’s Ball in one hand and the Razzie in the other and confessed that she had never thought of winning a Razzie in her life.

Halle Berry received her second Primetime Emmy Award nomination for her role in the Oprah Winfrey produced television movie Their Eyes Were Watching God (2005), in which she portrayed a free and uninhibited woman whose unconventional sexual mores upset her 1920s contemporaries in a small community. However, she received lukewarm reviews from critics for her performance in the thriller Perfect Stranger (2007), in which she appeared as a reporter who goes undercover to uncover the killer of her childhood friend. In Things We Lost in the Fire (2007), she worked for the first time with a female director, Susanne Bier, playing the role of a recent widow befriending the troubled friend of her late husband and garnered positive reviews. But she earned the African-American Film Critics Association Award for Best Actress, along with a Golden Globe Award nomination, for the portrayal of a young multiracial American woman with multiple personality disorders struggling to retain her true self, in the biopic drama Frankie and Alice (2010). Her subsequent films include the elaborately structured epic Cloud Atlas (2012), the thrillers The Call (2013) and Kidnap (2017) and the sci-fi thriller Moonfall (2022), in which she appeared as an astronaut on a mission to prevent the moon from colliding with the earth.

Halle Berry was awarded a star on the Hollywood Walk of Fame at 6801 Hollywood Boulevard in April 2007, for her contributions to the film industry. In November 2008, at the age of 42, she was named Esquire magazine’s Sexiest Woman Alive and the Sexiest Black Woman, by Access Hollywood's TV One Access survey. Unfortunately, she was found to have diabetes type one at the age of 22 and her left eardrum was punctured in 1991, due to a brutal beating from a former abusive boyfriend, causing around 80% loss of her hearing in that ear, but she never divulged his name.

In her personal life, Halle Berry married baseball player David Justice, shortly after midnight on 1 January 1993. However, the marriage did not last long, as the couple found it difficult to maintain their relationship, while he was playing baseball and she was filming elsewhere. Following their separation in February 1996, they were officially divorced on 24 June 1997. Later Halle confessed publicly that she was so disappointed after the breakup that she considered taking her own life, but she could not bear the thought of her mother finding her body. She met her second husband, musician Eric Benét in 1997 and married him on 23 January 2001, on a beach in Santa Barbara. However, Benét underwent treatment for sex addiction in 2002 and the couple separated by early October 2003, with the divorce finalized on 3 January 2005. In November 2005, Berry began dating French-Canadian supermodel Gabriel Aubry, ten years her junior, whom she met at a Versace photoshoot and gave birth to their daughter in March 2008. However, Berry and Aubry announced on 30 April 2010 that their relationship had ended some months earlier and in January 2011, became involved in a highly publicized custody battle. She married French actor Olivier Martinez on 13 July 2013, whom she had started dating in 2010 after they met while filming Dark Tide (2012) in South Africa. While Halle gave birth to their son in October 2013, within two years after their marriage, the couple announced their impending divorce in 2015. Although the procedure of the divorce case is ongoing as of November 2020, Halle Berry started dating American musician Van Hunt in 2020, which was revealed through her Instagram.

Education is not the learing of facts, but the training of the mind to think.
Albert Einstein
Post View Counter
3693
37.16
Today So Far
Total View (Lakh)