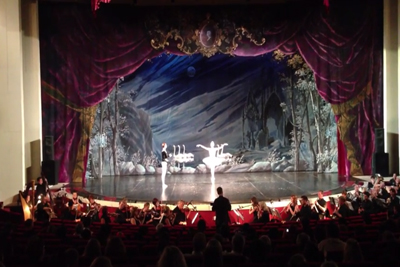 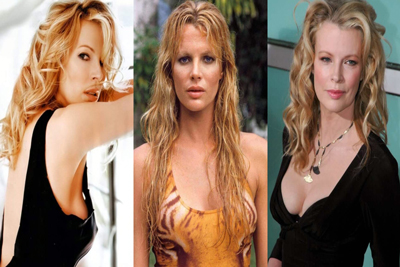 Born as Ilse Kohler to a factory foreman in Dresden on 22 September 1906, Ilse Koch was a devil woman, who used to make lampshades from the skin of the prisoners of the infamous Buchenwald concentration camp and was rightly nicknamed ‘The Bitch of Buchenwald’ for her barbarism and sadism. However, she was a polite, unassuming and a happy kid in her childhood and at the age of 15 she entered an accounting school and began working as a bookkeeping clerk.

During the early days of 1930s, when Germany was struggling hard to rebuild itself after WW I, the Nazi Party and Hitler’s ideology attracted much young German blood, since it seemed to offer the right solutions to the extreme difficult situation of the country after losing the Great War. With his captivating oratory, Adolf Hitler mesmerized the young German blood, as he vowed publicly time and again to annul the much criticized, deeply unpopular and insulting Treaty of Versailles, the treaty which demilitarized part of the country and forced the country to pay the massive, unreasonable and unaffordable compensation, while it was trying hard to recover from the calamities of the war. Hitler’s adamant and uncompromising approach appealed to many Germans who were struggling for identity and making ends meet. It was therefore, quite normal for the young people of the country, like Ilsa Koch and many of her friends, to join the Nazi Party. As Koch was well aware about the extremely penurious condition of Germany, probably she felt that perhaps the Nazi Party would be able to restore and even revive the doomed economy of the country. Nevertheless, her involvement in the party induced her to be introduced with Karl Otto Koch, whom she married in 1935.

The Buchenwald concentration camp, one of the first and the largest of the camps in the Nazi regime, was opened near Weimar in Germany shortly after Dachau, at the beginning of July 1937 and Karl Otto Koch was posted as the first commandant of the camp, designed to hold 8,000 prisoners. The gruesome main gate of the camp was inscribed with ‘Jedem da Seine’, which means ‘to each his own’, but it was actually intended as a message to the prisoners, ‘everyone gets what he deserves’. However, for the SS, it meant, the ‘master race’ has the right to humiliate and destroy the others.

Ilse Koch, being the wife of the commandant, immediately took the opportunity to become involved with the daily activities of the camp and over the next few years became infamous as the witch of Buchenwald for her cruelty and brutality. Within February 1940, she used the money plundered from the prisoners and engaged them to construct a $62,500 indoor sports arena near the canteen of the camp, where she could ride her horses. However, she often used to ride outside her riding arena and taunted the prisoners till they take a glance at her, at which point she would whip them brutally to bleed. Much later, during her trial for war crimes, the survivors of the camp recalled that she always seemed to be extremely excited about sending children to the gas chamber.

Much later, during the Nuremberg Trials, it was revealed that she had a good collection of lampshades, book covers, and gloves, which were said to be made from human skin. It was also recalled by the witnesses that she often took her horse rides throughout the campus of the camp to spot prisoners with distinctive tattoos. The spotted prisoners were stripped of their skin before being incinerated, and Koch allegedly kept those skins as show pieces in her home in the camp area with the Commandant. Those artifacts were recovered after the liberation of the camp and served as key evidence during her trial.

Tattoo of a dead prisoner

Ilse Koch was arrested, along with her husband Commandant Karl Otto Koch, at Buchenwald on 24 August 1943, on charges of misappropriation of money and murder of the prisoners of the camp .It was also alleged that Commandant Koch had ordered the execution of the orderly, a doctor, who had diagnosed and treated him for syphilis. The man was killed, so that the secret of his suffering from a sexually transmitted disease would never be revealed. However, it was an open secret that, at Buchenwald, Frau Koch had shared her bed with several lovers.

The witch of Buchenwald

Commandant Koch was sentenced to death just a week before the liberation of Buchenwald and was executed by firing squad on 5 April 1945 However, Frau Koch was acquitted, mostly due to lack of evidence. In fact, the investigators could not prove that the lampshades and other such items found under her possession were actually made of human skin, while Ilse Koch always insisted those were made of goatskin. Following the camp’s liberation in 1945, as word began to travel about Frau Koch’s sadistic involvement, immense public pressure was created at the court to bring her to trial again.

Finally, she was brought before the General Military Government Court for the Trial of War Criminals in 1947. On the stand, she announced that she was eight months pregnant. It was a real shock, since before the trial she had had no contact with any men except the American interrogators, many of whom were Jewish. However, she was charged with multiple crimes, which include participating in a criminal plan for aiding, abetting and participating in the murders at Buchenwald and despite her pregnancy, she was sentenced to life in prison. Before their arrest, Ilse Koch gave birth to one son with Commandant Koch and her second child, whose father was unknown, was born while she was imprisoned. Both of her children were sent to foster homes.

Buchenwald after its liberation

After two years of her conviction, General Lucius D Clay, the interim military governor of the American Zone in Germany, reduced her sentence to four years and remarked that, the reduction of her sentence was granted, as there was no convincing evidence that Koch had selected inmates for extermination in order to secure tattooed skins or that she possessed any articles made of human skin. However, she was rearrested shortly thereafter due to public fury. During her second trial in 1950, Ilse Koch was not in good shape and had to be removed from the court, as she collapsed repeatedly. This time, four of the witnesses testified that they had seen Koch to select prisoners specifically for their tattoos or that they had seen or been involved in the manufacturing of the human-skin lampshades. However, this time again, the charge was eventually dropped due to lack of concrete evidence.

Koch at her trial

Ultimately, on 15 January1951, despite the absence of Koch, the Court delivered its verdict. She was convicted of charges of incitement to murder, incitement to attempted murder, incitement to the crime of committing grievous bodily harm and was again sentenced to life imprisonment with permanent forfeiture of any civil rights. After that, Koch petitioned for appeals several times, but was always dismissed. She even protested to the International Human Rights Commission, which was also rejected.

While in prison, her son Uwe, whom she conceived during her imprisonment at Dachau, discovered that she was his mother. He used to visit her in prison often over the next several years at Aichach, the prison where she was serving her life sentence. Ilse Koch committed suicide in prison on the 1st day of September 1967 and on the next day, Uwe arrived to visit her and was shocked to find her dead. She was buried in an unknown, unmarked and untended grave at the cemetery of the prison.

It is very simple to be happy, but it is very difficult to be simple.
Rabindranath Tagore
Post View Counter
1549
35.58
Today So Far
Total View (Lakh)