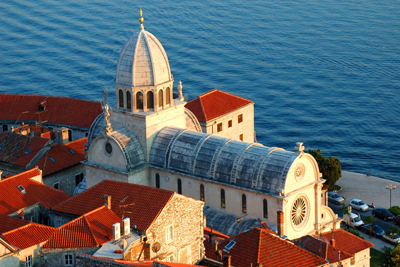 Born on 13 November 1967 to Richard Strickland, an electronic executive and Claudia, a part-time teacher, Kristen Heather Strickland was the older of the two daughters in a well-adjusted home. As she grew older, she became bright and attractive. However, soon she established herself as a pathological liar. She even used to steal petty things from her friends. Ultimately, friends who came closer seemed to edge away from the friendship soon. Ex-boyfriends described Kristen as strange and dominating, eventually exhibiting a pattern of verbal and physical abuse toward them.

To draw attention, she would fake suicide attempts, or when angry, she would tamper with her boyfriends' cars or physically attack them, scratching them with her nails. She graduated from Groton-Dunstable Regional High School, in Groton, Massachusetts, with high honours and earned her degree as a registered nurse from Greenfield Community College, in 1988. Later that year, she married Glenn Gilbert. By March 1989, she joined the staff of the Veterans Administration Medical Center in Northampton and the young couple bought a home and settled in to their new life.

At the VAMC, the superiors found Kristen to be totally competent and committed to her job. Her nursing was rated as highly skillful and they also noted her natural skill to tackle the situation of medical emergencies. In late 1990, Kristen Heather gave birth to her first child, a baby boy and after the end of her maternity leave, she joined her duties in a changed shift, from 4 pm until midnight. Almost immediately, strange things began to happen in the ward C, where she worked. During her shift in the ward, an unusually large number of patients began dying due to sudden cardiac arrest, tripling the rate of deaths over the previous three years. During each incident, Kristen's calm and competent nursing skills shone, and she won the admiration of the other nurses, who jokingly started to call her the ‘Angel of Death’.

Soon after the birth of her second son, her marriage began to fall apart. At that time, Kristen was developing an intimate relationship with one of the hospital's security police, James Perrault. Since the VA hospital rules required that hospital’s police should be present at any medical emergency, James was automatically summoned to help whenever an emergency call was made. It was during those emergencies that Kristen tried to impress Perrault with her exceptional nursing skills.

However, despite everything, Kristen’s colleagues observed her flirting with Mr. Perrault even in the emergencies. In the meantime, Glenn, Kristen’s husband, started to suspect her of cheating. Despite the absence of any concrete proof, Glenn Gilbert became convinced that, his wife was trying to kill him. Finally, when he told Kristen to leave James Perrault or end their relationship, Kristen immediately left her husband and her sons and moved into her own apartment.

Even then, the unusually high death rates during Kristen’s shift continued. Although many of the patients who died were in serious condition and old, there were also others who, although sick, had no history of heart problems, yet were dying of cardiac arrest. Smelling some foul play, a handful of the nurses were assigned to keep close eyes on Ward C and they started monitoring drugs that could cause cardiac arrest. One such drug, epinephrine, kept coming up missing. It was noted that under Krisen Gilbert's care, four patients were dead and three others had succumbed mysteriously to near-fatal heart failure. Added to that, there was the inexplicable shortage of epinephrine.

It was reported that in December 1994, Kristen offered a vial of epinephrine to a fellow nurse who suffered from asthma. This left little doubt as to who was responsible for the missing vials of the drug from the locked cabinet. But perhaps the event which most raised suspicion occurred on Feb. 2, 1996, when Gilbert, anxious to leave work to meet Perrault, asked her supervisor if she could leave work early if her patient in ICU died. She was told yes and within hours the patient was dead from cardiac arrest. It became evident to the federal investigators that, the common thread of the unusual deaths occurring on Ward C, was Kristen Gilbert. During her stay of seven years at the VA Hospital, 350 deaths had occurred during her shift. According to the prosecutors, Kristen administered epinephrine to the patients to induce massive heart attacks, so that her lover, Perrault, would be summoned to ICU where she could then be close to him.

During the investigation, when Kristen was not allowed to join her duties, the death rate on Ward C dropped to a normal rate. As the finger-pointing became firmly directed at her, Perrault decided to end the relationship with Kristen. However, Kristen Gilbert became desperate and tried unsuccessfully to convince him to change his mind. Consequently, she was admitted to the psychiatric ward of a hospital on 8 July 1996, overdosed on drugs. While in the hospital, she phoned Perrault and during the conversation told Perrault that, his suspicion was right and the truth is, she alone killed all those guys. Within a week, Perrault informed the federal grand jury of Gilbert’s confession.

Over the next few weeks Gilbert's behaviour became completely erratic. One day she disguised her voice and called the VA Hospital to inform them that three bombs were planted to go off in two hours in Building number one of the Hospital. Immediately, all the patients, including the sick and the elderly, were evacuated. Gilbert was arrested, tried and convicted of this apparent attempt to divert the investigation against her. She had to serve 15 months in federal prison for raising the false alarm.

During her prison term, several bodies of those unlucky victims were exhumed by the federal investigators. As feared, a toxicology analysis found epinephrine in their tissues. Finally, in 1998, Kristen Gilbert, age 30, was indicted for murdering 4 of her patients and attempting to kill 3 others by injecting them with epinephrine. Perrault eventually testified against his former lover. In 2001, at the end of a long trial, she was found guilty of 3 counts of first-degree murder, 1 count of second-degree murder, and 2 counts of attempted murder. As those crimes were committed on federal territory, the government could have given her the death penalty. However, she was sentenced to 4 consecutive life terms without the possibility of parole plus 20 years and is serving her time in a federal prison in Texas.

Truth can be stated in a thousand different ways, yet each one can be true.
Swami Vivekananda
Post View Counter
1675
37.44
Today So Far
Total View (Lakh)