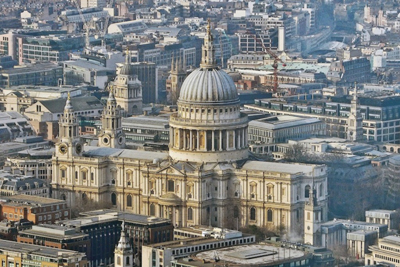 Spence's Hotel calcutta - The Legend of the Lost

People of Calcutta and its suburbs, who had frequented the Dalhousie area regularly till the 1960s, probably noticed the unimposing building of a hotel standing on the right side of the road just opposite to the Telephone Bhawan, known as Wellesley Place, subsequently renamed Red Cross Place.

Probably the busy office goers did not pay any heed to it, due to its non-descriptive look and just took it as one of those old hotels of the city. But the Spence’s Hotel, that once stood very near to the north gate of the Raj Bhawan, had its glorious days as well.

Considered as the first ever hotel in Asia, Spence’s was opened to the public in 1830 by John Spence. Originally, the hotel was located at the corner of Government Place West and Esplanade Row West, just across the road from the west gate of the Government House (Raj Bhawan). During those days, people engaged in different trades and businesses, used to frequent the City of Calcutta, as it was the most important business and trading centre of the country. Spence’s, considered the best hotel in Calcutta at that time, was constructed with the ambitious view to make brisk business by accommodating that large number of regular visitors in the City from the British Isle and other parts of India.

With the passing of time, as the Empire grew, the colonial Government felt the urgent need to construct new offices for its increasing departments and residential quarters for the steadily growing band of the staff members that was needed for the smooth functioning of the government machinery. To meet the need of the day, the Government aggressively started to acquire all the landed properties around the Government House. As a result, the land on which Spence’s stood was taken over by the Government in the 1880’s and the site of the Hotel was later allotted for the construction of the Treasury Building, meant for the Finance Department of the British India, which is now the abode of AG Bengal.

Spence's was however, relocated to Wellesley Place (renamed Red cross Place), from where it continued to operate, until it was eventually demolished. However, no one seems to be sure as to why and when exactly Spence’s Hotel shut down

The great French novelist Jules Verne in his book ‘The Seam House’ (1880), mentioned about the Spence’s Hotel as one of the best in Calcutta, which he made his residence since his arrival in the city. It sufficiently proves that the Hotel was well known to the Europeans in those days.

Fill the brain with high thoughts, highest idrals, place them day and night before you, and out of that will come great work.
Swami Vivekananda
Post View Counter
2508
18522
14.15
Today So Far
Weekly Views
Total Views
(Lakh)