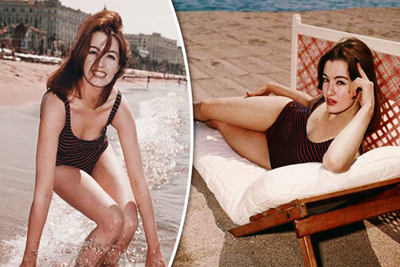 Although Rajasthan in India is the home to the magnificent forts and palaces depicting Rajput valour and is known as the Land of Maharajas, Ajmer Sharif Dargah, located at the foot of the Taragarh hill in Ajmer and containing the tomb of the Sufi saint Khwaja Moinuddin Chisti, is essentially a Sufi shrine and is considered one of the holiest places forthe Muslims. However, apart from the Muslims, the Dargah is also revered by the people belonging to the other communities, who visit the place all through the year from around the world and offer colourful sacred sheets, locally known as chaddars,to the shrine.

Hazrat Moinuddin Chishti, a 13th-century Sufi saint and philosopher from Persia, which is modern-day Iran, arrived in Delhi during the reign of Sultan Iltutmish (1211-1236) and moved to Ajmer shortly thereafter. During his stay in Ajmer, he became increasingly influenced by, the Ṭabāqāt al-ṣūfiyya, authored by the famous Sunni Hanbali scholar and mystic Abdallāh Anṣārī, depicting the lives of the early Islamic saints. It is believed that at that time, he achieved immense spiritual powers and acquired the reputation of being a charismatic and compassionate spiritual preacher and teacher.For the rest of his life, he devoted himself to alleviate the poor, educating them about the importance of selfless service.Following his death in March 1236, Mohiuddin unanimously came to be regarded as a great saint and his tomb or dargāh became a deeply venerated site.

The Ajmer Sharif Dargah was built by the Mughal Emperor Humayun in Indo-Islamic style of architecture to commemorate the memory of the saint and his son, the later Mughal Emperor Akbar, who visited the shrine no less than fourteen times, reconstructed the tomb's sanctum Sanctorum in 1579. Much later, an elegant covering over the dargah was constructed by the Maharaja of Baroda.

The complex of the holy dargah containing several structures is equipped with eight entrance gates, out of which only three of these are in use. The main gate, the yellow structure decorated with floral designs and known as the Nizam Gate, was donated by the 7th Nizam of Hyderabad Mir Osman Ali Khan in 1911.

But an older gate, donated by the Mughal emperor Shah Jahan and named the Shahjahani Gate, distinctively marked the expansion of the shrine complex beyond the Buland Darwaza, built by Sultan Mahmud Khalji. While the other gates include the Madar Gate and the Delhi Gate, the Jannati Darwaza, also referred to as the Bihisti Darwaza, is used only on rare occasions and is made of silver.

Built of white marble, brick and sandstone and crowned with a beautiful white marble dome, the Ajmer Sharif Dargah that we see today was constructed in 1532. While the dome, featuring a lotus and a crown of gold, was donated by Rampur's Nawab Haider Ali Khan, the date of construction of the dargah is inscribed in golden letters on its Northern wall. The Ajmer Sharif Dargah is a square structure, aesthetically decorated with a patterned ceiling. The sanctum is kept in a domed chamber with two doors, guarded by a silver railing and a marble screen. The left facet of the dargah, known as Begum Dalian, along with the railing and the small platform, called the Begumi Chabutra, were donated by Jahanara Begum. The canopy made of mother-of-pearl and silver and visible from the four silver posts of the canopy was commissioned by the Mughal Emperor Jahangir.

Apart from a Royal Darbar, the complex of the Ajmer Sharif Dargah also contains a Mehfil Khana or assembly hall for the Qawwals during the Urs Festival, bothconstructed in 1888. The Ahaat-e-Noor, a large courtyard that serves the purpose of religious functions, is also used for holding the Qawwalis that often resonate with the atmosphere. The Naggar Khana or the Drum House, located near the Nizam Gate, was once used for playing music to greet the visitors. While the Akbari Mosque, made of red sandstone, was probably commissioned by Akbar, the more elegant Jami Masjid, located to the west of the dargah and made of white marble, was constructed by Shah Jahan in 1637. Another mosque in the complex, the Sandali Masjid, was constructed by Aurangzeb. Located on the southern side of the complex, the Arhat-i-Noor is an enclosure restricted to women that contains the tombs of Chishti's daughter Bibi Hafiza Jamal, his granddaughter and Nizam Sikka, a water-carrier, who once saved the life of Humayun.

Apart from the Jhalara, a natural tank, the Shahjahani tank was donated by Shah Jahan and the Queen Mary tank was contributed by Queen Mary of the UK and the British Dominions in 1911 for the use of the pilgrims.

Besides all that mentioned, the complex also has a LangarKhana in the inner courtyard that contains two huge cauldrons with the capacity of 2240 kg and 4480 kg, donated by Akbar and Jahangir in 1568 and 1614, respectively which are used even today, for cooking for free distribution to the visitors.

The grand Urs Festival that takes place in the 7th month as per the Islamic lunar calendar, is celebrated for six days to commemorate the death anniversary of Moinuddin Chishti. The celebration begins with the ritual of sighting the moon, followed by the Aser ki Namaz and ends with the Qul, the final prayer. The festival is attended by thousands of people every day and from the onset of dusk, the illuminated dargah resounded with the soulful rendition of the Qawallis, creates a spiritual vibe in the atmosphere.

An educated, enlightened and informed population is one of the surest ways of promoting the health of a democracy.
Nelson Mandela
Post View Counter
2565
34.21
Today So Far
Total View (Lakh)