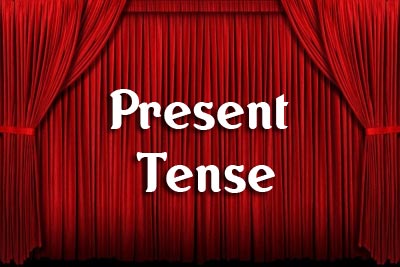 Initially, the Calcutta Cricket Club Clippers was formed, probably by 1792, by the British people, who came to the city to work in the British East India Company. As they did not have any permanent venue, the members of the club used to play games on the esplanade, parallel with the river Hooghly, between Fort William and Government House. By 1820, they felt the need to have a home ground and after much insistence, managed to obtain a plot of land on the Maidan for their exclusive use. After that, in 1841, the Club was allowed to enclose the ground by putting a fence around.

However, as the Army protested and complained to the Chief Magistrate for encroachment, the venue of the Club was relocated to the eastern boundary of the Auckland Circus Gardens. In 1862, the Army again insisted to preserve open space around the fort area for Military precaution and in 1864 the Club members found that a new road was being constructed which would go through their ground and damage the cricket pitch. Despite their earnest prayer, they were shifted again to the eastern end of Eden Gardens, the present coveted cricketing venue. After obtaining necessary approval, a handsome pavilion, measuring 125 feet by 25 feet was promptly constructed for the members, which was made out of the finest teak brought from Burma and included a 'Long Room' on the lines of the MCC pavilion at Lords. Much later, on the Independence Day in 1950, the Calcutta Cricket Club had to hand over the Eden Gardens to the newly formed National Cricket Club and their pavilion was pulled down in the mid 1970s for the construction of the B.C. Roy Clubhouse of the Cricket Association of Bengal.

The ground at Ballygunge

Apart from the amalgamation of the Calcutta Cricket club (1792) and Ballygunge Cricket Club (1864), the third club that needs to be mentioned in the story, is the Calcutta Football Club, the oldest surviving rugby club in the world outside the United Kingdom, founded in 1872. However, the popularity of rugby suffered drastically in Calcutta, due to the departure of some of the British Regiments that had kept the game going and by 1877, the Club was dissolved because of the lack of sufficient players. Later, it was decided to restart the club in 1884, due to the enthusiasm for soccer in some regiments. Within a short time, the Calcutta Football Club, run by the British community, became one of the dominant football teams in Calcutta, which had a great competitive rivalry with the top graded Indian teams like, the Mohun Bagan AC, Mohammedan Sporting and Aryan FC. Gradually, three more European football clubs were formed between 1884 and 1889, along with a host of Indian football clubs. Despite keen competition, the Calcutta Football Club won the local football league eight times, along with the prestigious IFA Shield on nine occasions. Consequently, they were allotted a permanent ground very near to the Eden Gardens and were permitted to build a tent for the use of the players.

But, the scenario changed abruptly after the Independence of India in 1947, when the British left the country for their home and gradually, the Anglo-Indian community of the city migrated to England or Australia. Consequently, with the decreased number of good and experienced players, the European football teams became weak and CFC was relegated in 1950. As the number of the general members was also decreasing alarmingly, it became difficult for the club to maintain the ground. Finally, CFC partially gave up its exclusive rights on the Maidan tent and the ground in favour of Mohun Bagan Athletic Club on 14 May 1963 and like the Calcutta Cricket Club, shifted to the Ballygunge ground. Later, in 1965, the Calcutta Football Club also merged with the Calcutta Cricket Club and a new club was born with the name of the Calcutta Cricket and Football Club.

Around that time, the old pond in the Ballygunge venue was filled and four grass courts were laid out alongside a tea lawn. Gradually, as many as 16 tennis courts were laid along the western boundary wall of the Club. Today, apart from providing facilities for different sports and games, which include Cricket, Football, Hockey, Rugby, Cycle Polo and Tennis, the Club has to offer a well equipped Health Club, with a freshly renovated gym and a beautiful swimming pool, attended by a set of lifeguards. In Rugby, the city’s own Calcutta Cup is keenly contested every year by about eight clubs of Calcutta, which include the CC&FC, the Police, La Martinere Old Boys and a team from the city's Armenian community.

The club offers members and guests a wide range of delicious food in its dining hall and varieties of snacks in its well-stocked bar, pavilion and sit-out areas. It also offers excellent banquet facility to the members at the pool pub, which can comfortably accommodate about 60 persons for dinner and about 70 persons for cocktails. Apart from the Main Bar, the club has two more bars, Gazebo Bar (Black Dog Bar) and Wodka Gorbatschow Lounge. To the delight of the members, CC&FC also hosts club nights, dances, dinner-dances, drama and other social gatherings.

Education is not the learing of facts, but the training of the mind to think.
Albert Einstein
Post View Counter
1872
32.39
Today So Far
Total View (Lakh)