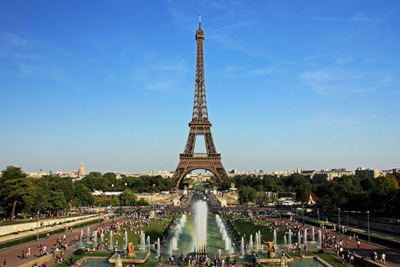 Popularly known throughout the literary world as D.H.Lawrence and regarded as one of the most famous writers of the 20th century, David Herbert Lawrence was born on September 11, 1885, in the small mining town of Eastwood, Nottinghamshire, England. From his childhood, he was physically frail and frequently susceptible to illness, possibly due to the polluted air of a town surrounded by coal pits. Initially, he was an excellent student, but graduated in 1901 having made a little academic impression. In the summer of 1901, Lawrence took a job as a factory clerk, but came down with a bad case of pneumonia. After getting well, he started to work as a student teacher at the British School in Eastwood, where he met a young woman named Jessie Chambers, who became his close friend and intellectual companion. At her insistence, he started to write poetry and at the same time started drafting his first novel, ‘The White Peacock’. He left Eastwood to attend the University College of Nottingham to obtain his teacher's certificate in the fall of 1906 and after receiving the certificate in 1908, joined in an elementary school in the London suburb of Croydon, as a teacher. Next year, in1909 he received his big break when at the instance of Jessie Chambers, some of his poems were published in the ‘English Review’.

In August 1910, Lawrence’s mother became ill with cancer in Eastwood and in October Lawrence decided to stay at home to nurse her ailing mother. She died on 9th December 1910 and just after that, his first novel, ‘The White Peacock’ was publishedin January 1911. However, his writing was not going well as he was seriously ill with pneumonia.  At that stage, he decided to abandon his teaching career, broke off his engagement to Louie Burrows and returned to Nottingham with the intention to become a full-time writer.

However, his life changed suddenly and irrevocably in the spring of 1912, when he went to visit Ernest Weekley, his former modern languages professor at the University College. There he met and desperately fell in love with Weekley's wife, Emma Maria Frieda Johanna Freiin, also known as Frieda Weekley.  In May 1912, he managed to persuade her to leave her husband and children. Frieda was six years older than her new lover and it is said that, actually it was she, who seduced Lawrence and it took her 20 or 25 minutes to get Lawrence into bed. Nevertheless, she eloped with him to her parents' home in Metz, a garrison town and then in Germany near the disputed border with France. Unfortunately, due to the increasing political tensions between Germany and France, Lawrence was arrested and was accused of being a British spy. However, he was released following an intervention from Frieda's father and after this incident, the couple left for Icking, a hamlet near Munich.

Probably Frieda was the first woman who positively wanted to go to bed with Lawrence without any feeling of guilt or inhibition and she gave him what he wanted most at the time they met. She was older, married and experienced in the game of sex. She enjoyed sex, but was bored with her husband, and had been encouraged to believe in the therapeutic power of sex by an earlier lover, one of Freud's disciples. In the past, Frieda had been the mistress of Otto Gross, one of Europe’s most notorious sexual revolutionaries and was an advocate of free love. Everything Lawrence knew about sex, Frieda taught him. But he found it very difficult to accept the consequences of her liberalism. He was very rarely unfaithful, she was determinedly so. Initially, when they were on the move, Frieda carried on as she always said, as an advocate of free love. But eventually, when she felt the pain it causes him, she kept quiet about her affairs. Instead, she told him about 'visiting' her mother in Baden Baden. Frieda was an incredible woman. Her principles and history was amazing.

When Frieda was married to Ernest Weekley, she used to take her male friends to Germany to have fun and frolic, but always returned home. However, when she took Lawrence on one such trip, she wrote to her husband that she was not coming back. Lawrence was very manipulative and this caused their relationship friction over the years. But there’s no doubt that they genuinely cared for each other.

During their days in Germany, Lawrence cooked, cleaned, wrote and argued, while Frieda attended little to housekeeping, though washing became her specialty. But, despite Lawrence’s theorizing, Frieda always maintained her separate entity, her independence of outlook, as well as her sexual inclination. In fact, throughout their 15-year marriage, she indulged her libido, slept with a number of other men and was not ashamed of that. Once she even seduced a Sicilian mule driver, when she stripped off her clothes and ran naked through a vineyard.  She was undoubtedly the inspiration for Lady Chatterley and the other characters created by Lawrence and the flaming Frieda rightly believed that she equally deserved the credit of her husband's stories for having unleashed his passionate side.

From Germany they walked southwards across the Alps to Italy, where Lawrence completed the final version of ‘Sons and Lovers’, published in 1913. During the same year they returned to Britain and befriended critic John Middleton Murry and New Zealand-born short story writer Katherine Mansfield. In the same year Frieda attempted to see her children, but was prevented by Weekley who filed for a divorce. The divorce was made final in May of 1914 and it was not until the late 1920s that she was able to freely communicate with her children again. Frieda and D. H. Lawrence were married in a private ceremony in July 1914, Katherine Mansfield and John Middleton Murry were witnesses to their marriage. The two couples established themselves in two cottages near Chesham in Buckinghamshire and even lived communally for a time. They used to dine together twice a week, and Frieda found Mansfield as gay and gallant and wonderful. It is not impossible that Katherine's reminiscences of New Zealand inspired Lawrence with the lesbian episode in The Rainbow and she was certainly the model for Gudrun in Women in Love.

However, this most intense and explosive four-way arrangement among John Middleton Murry, Katherine Mansfield, Lawrence and Frieda did not work and came to an end within weeks. Both the couples were living in sin, as it was called back then and they took to each other immediately when they met in 1913. For some time they really enjoyed the togetherness, but soon jealousy appeared on the scene. It is suggested that, Lawrence envied Katherine's writing. In the end there were chaotic raging scenes between Lawrence and Frieda. Even on one occasion, Lawrence yelled at his wife, called her a bitch, saying that, he would cut her bloody throat, while pulling her hair. Later, he turned his rage on Katherine.

Lawrence had the earnest intention to return to the continent, but the outbreak of World War kept them in England, where they endured official harassment and censorship. They also struggled with limited resources and Lawrence's already frail health. After World War I Lawrence and his wife went to Italy in 1919 and he never again lived in England.

Lawrence spent two highly enjoyable years in Italy. He travelled a lot with Frieda and wrote to his heart’s content. In 1920, he published the revised copy of ‘Women in Love’, considered as the second half of ‘The Rainbow’. In February 1922, Lawrence left Europe and landed in the United States, settling in Taos, New Mexico. He spent his time during the next several years between a ranch in New Mexico and traveling to New York, Mexico and New England, but had to return Italy in 1927, as he was attacked with tuberculosis. There, in his greatest creative burst, he wrote ‘Lady Chatterley's Lover’, his best-known and most debated novel. The controversial novel, published in Italy in 1928, explores in explicit explicit detail the sexual relationship between an aristocratic lady and a working-class man. Due to its vivid and graphic description of sex, it was alleged to be obscene of graphic content and the book was banned in the United States until 1959 and in England until 1960. Lawrence wrote the novel, dying of tuberculosis. He wrote painfully and for a long time, overcoming an exhausting cough, persistently not recognizing the diagnosis, claiming that his illness was a common cold. He wrote three times. Of these three options, the last, proposed to readers, almost all researchers of creativity consider not the best. Today, Lady Chatterley's Lover is considered a turning point in the history of literature, as well as, in the history of freedom of expression and the open discussion of sex in popular culture.

After being discharged from a sanatorium D.H. Lawrence passed away in Vence, France, on 2nd March 1930, at the age of 44, from complications of tuberculosis. Lawrence and Frieda never had any children together and when the writer died, his literary estate went entirety to Frieda. Frieda went on to marry a third husband, an Italian called Angelo Ravagli, who had also been married before and who had children by his previous wife.

A nation is advanced in proportion to education and intelligence spread among the masses.
Swami Vivekananda
Post View Counter
1917
25.81
Today So Far
Total View (Lakh)