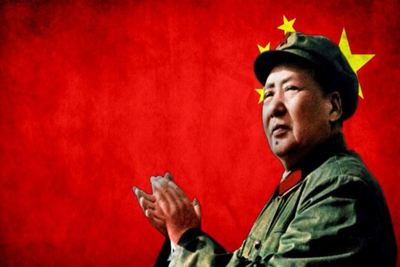 Henry Valentine Miller was born to Lutheran German parents, Louise Marie and tailor Heinrich Miller on December 26, 1891 in Yorkville, NYC. His parents were German immigrants. Henry acquired his love of fine clothing from his tailor father and often worked in his shop. His sister Lauretta Anna was born mentally challenged and she never developed mentally beyond the age of nine. To Henry’s horror, their mother became very much abusive, trying to force her to be ‘normal’. She rapped Lauretta’s knuckles with a wooden ruler when she failed to perform even the simplest mathematical sums and slapped her face when she mistook salt for sugar. Her humourless, autocratic, tyrannical management of the family probably influenced Henry’s treatment of women and sex in his fictions. He would later describe his childhood as a difficult period in which he learned how to live in the streets.

Opposed to the demonic image of his mother, Miller found the idealized image of a woman in the form of an adolescent girl, living some distance away. She was Cora Seward, whom he rarely met and never dated. At the age of 16, Miller developed an obsessive fascination for her and every evening after dinner, he used to take an hour long walk to Cora’s house, stand outside gazing through the windows with the faint hope to catch a glimpse of her. He followed this routine day after day for years, but never could collect the courage to ring the doorbell.

A young Henry Miller with his sister and the parents

Miller was an extraordinary student at his school and he developed an early passion for reading, particularly the adventure stories and literary classics. He graduated second in his class from the local Eastern District High School in Brooklyn and enrolled himself at the City College of New York with history of Arts. But, within two months he left the college, as he disliked the traditional education system and took the job of a clerk at Atlas Portland Cement Company, in New York. He visited a brothel for the first time at the age of seventeen and contracted gonorrhea.

During that time he passionately fell in love with Pauline Chouteau, a 37-year-old divorcee with a son named Georgie, who was about Henry’s age. Pauline first met Miller at the home of her friend Louise, who was paying Miller 35 cents to give piano lessons to her daughter. Something happened between the two at their first sight and every day Pauline used to visit Louise, wait there till Miller finishes his job and then Miller escorted her to her home on Decatur Street, a few blocks away from his parents’ house. There they would make intoxicating love. Miller moved in with her briefly, but soon realized that the relationship could not be continued for long. Pauline was old enough to be his mother, and her son badly needs her continuous attention and affection, as he is a patient of tuberculosis. In fact, he was silently tormenting Henry with guilt. In the mean time, Pauline became pregnant, but miscarried in her seventh month. To escape from the relationship, without actually breaking it off, Miller moved to California and started working as a ranch hand at a citrus plantation. There, one day Henry accidentally visited a lecture on the idealism of Peter Kropotkin and Nietzsche, which was read by Emma Goldman, the celebrated anarchist in San Diego. After that day, he continued to attend lectures, read by Emma and gradually, philosophy and literature increasingly started to fascinate him. He also attended some lectures on Russian literature by John Pais in New York, which helped him to understand the Russian soul. Later, it yielded results, as the main topic of his first essay was on the work of the great philosopher.

After nine months, Henry returned and started to help his father in his tailoring shop. He also resumed his relationship with Pauline. In the winter of 1914, while his mother was in the kitchen, Miller told her about his intention to marry Pauline. Immediately she became mad at him and furiously brandished a kitchen knife at Miller, vowing to use it on him if he married Pauline. Miller was aware about the demonic image of his mother and her apparent attitude of castration threat naturally unnerved him.

Henry Miller at a young age

Apart from working in the tailoring shop, Miller was taking piano lessons from an attractive young woman, Beatrice Sylvas Wickens. She was an amateur pianist and had been raised by a maiden aunt after her mother remarried. Her education in a convent made her puritanical and abstemious about sex, which caused Miller considerable frustration and resentment. Their dates would always end casually and always stopped short of consummation. Finally, one day Beatrice yielded, but Henry had to penetrate her through her nightgown.

With the entry of America in the First World War, in April 1917, Miller took a clerical job in the War Department in Washington, as he hoped that it would exclude him from the draft. However, when he was ordered to register himself, he came back home to marry Beatrice and qualify for a deferment. The couple honeymooned at Niagara Falls, but Beatrice’s continuous frigidity made Henry miserable. Beatrice was also critical and demanding, and sneered at Henry's ambitions to become a writer. He was always getting fired for scribbling or reading philosophy. He responded her coldness with contempt and philandering. Even, once he had sex with Beatrice’s mother, when the couple visited her in Delaware. In September 1919, Beatrice gave birth to Henry’s daughter, Barbara.

In 1920, as his father closed his tailoring shop, Henry took a job as the employment manager of Western Union at a salary of $240 a month. However, within no time he changed radically to become corrupt and exploitative. He started to hire pretty female assistants and carried on amoral affairs with them and unethically scooping off the carfare allowance allotted for the messengers. In the fall of 1921, Beatrice left him with Barbara and moved to Rochester, New York to live with her aunt. Though at the insistence of Miller, she came back to resume their conjugal life, the situation or the colour of their relationship did not change. Beatrice became pregnant twice and twice she was aborted. The dismal situation of their loveless life continued till the arrival of a mercurial and enigmatic woman in the scene, who radically turned Miller’s life and propelled him towards a new direction towards becoming a writer.

She was a Jewish gypsy, born as Juliet Edith Smerth in Romania in 1902. As unskilled immigrant laborers, her family came to America. She dropped out of high school, left her family to fulfill her ambition and supported herself working in dance halls. She took her new identity as June Mansfield, because it sounded more appropriate for the glamour world and tried to reinvent herself as a low-grade courtesan in the bohemian world of Greenwich Village. One evening in the summer of 1923, Miller encountered this beautiful, dark-haired professional dance partner in a dance hall around Times Square and immediately fell under the spell of her enigmatic beauty. She insisted to Miller that men pay her only to listen to their conversations and she denied selling her body. Miller willingly accepted this transparent fabrication. Later, Miller admiringly acknowledged June’s talent for inventing her life and knew that in the realm of make believe she was thoroughly at home.

By the end of that year, Miller’s marriage to Beatrice was over. Miller joined June in her life, living with her different friends in different apartments and making love throughout the night, after which exhausted and sleepless Miller would drag himself off to work at Western Union. They were married at City Hall in Hoboken, New Jersey in June 1924 and the ceremony was witnessed by the unknown persons recruited from the passing pedestrians.

They started their married life together in a luxurious Brooklyn apartment, which was out of their reach. But June insisted, as she was determined to provide Henry with the proper environment he needed to write. Soon she ran up debts pampering him with fancy gifts and expensive clothing. Miller contemplated various writing projects, spent hours together in research, but produced nothing concrete that could be published. He became irregular in his office and before his superiors could dismiss him, he resigned and in turn stopped his alimony and child support payments to Beatrice. June’s earnings as a waitress were not at all sufficient to cover their expenses and they fell behind on their rent. Miller sent out futile requests to magazine editors seeking assignments, and borrowed money from his friends. Finally, they were evicted from their apartment and took a succession of temporary lodgings in increasingly shabby neighborhoods.

Under that chaotic condition, one day, June brought to their home a woman to stay with them. She was Jean Kronski, an artist and poet, whom June had met at a café in Greenwich Village. June was probably bisexual and started a very close relationship with Jean, often preferring Jean's caresses to Henry's. Henry did not like this living arrangement and the episode reached the peak, when one day he returned home to find a note from June announcing that she and Jean had sailed for France. It filled Miller with rage and despair, bringing him to the brink of suicide. He broke all the furniture in their apartment and howled miserably throughout the night like a dog in pain.

This unexpected curse of desertion was actually a blessing in disguise for Henry. It was a turning point in his life, as it sets him on the right path to becoming a great writer. After a few days, when June cabled him for money from Vienna, and told him that Jean had left her to go to North Africa, Miller, in a fever of inspiration, wrote a thirty page typewritten outline of the novels that would one day take shape to become ‘ Tropic of Capricorn’ and ‘The Rosy Crucifixion’, a trilogy consisting of Sexus, Plexus, and Nexus.

After two months, June returned without Jean and moved with Miller to an expensive apartment on Clinton Avenue in Fort Greene. Here, Miller finally began to work on his first novel, after June assured him that, one of her admirers, an older rich man, Roland Freedman, offered to pay her a weekly stipend to write a novel. Miller wrote this novel on her behalf for money, which was published after his death as ‘Moloch’. This Freedman was most likely in love with June, who committed suicide in the early 1930s, possibly as a result of his failure to convince June to become his lover. It is argued by many that, earlier June used Jean Kronski as a buffer between Henry Miller and her other lover, a moneyed man who paid the rent, showered June with gifts, and provided the funds June spent supporting Miller. Sometimes, Jean answered the door and kept out one of them from entering and finding June engaged in the bedroom with the other man. However, Miller was not aware about this liaison.

When educating the minds of our youth, we must not forget to educate their hearts.
Dalai Lama
Post View Counter
1790
32.39
Today So Far
Total View (Lakh)