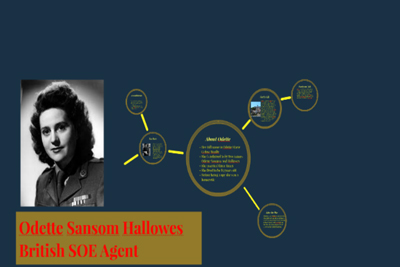 Located on the western side of the Naqsh-e Jahan Square opposite to Sheikh Lotfollah Mosque and built between 1611 and 1629, Ali Qapu palace was the official residence of Shah Abbas of the Persian Emperors of the Safavid dynasty. However, constructed under the guidance of architect Shaykh Bahai, originally it had been designed as a vast portal entrance to the grand palace which stretched from the Naqsh-e Jahan Square to the Chahar Bagh Boulevard.

The name Ali Qapu, meaning imperial or great, was given to it as it was right at the entrance to the other royal palaces and stands in front of the two palaces of the Safavid Era. Built to make an impression, and symbolizing the power of the emperor, the 125 feet (38 m) tall five-storey building, with its impressive elevated terrace featuring 18 slender columns, dominates one side of Naqsh-e Jahan Square.

Regarded as the best example of Safavid architecture, the building of the Ali Qapu Palace was constructed in several phases, and beginning from a building with a single gate, with entrance to the government building complex, it gradually developed over time, ending in the existing shape. While the original building consisted of a two-story atrium built flush with the western wall of the square, the first addition was a second-tier that doubled the height of the building and included two more floors, the foundation of the fifth story, the Music Amphitheater or the Music Hall, built on the lower hall, using the central room for skylight, were added in the third stage.

The wooden ceiling of the balcony, supported by 18 wooden columns and other synchronic constructions, along with the erection of the ceiling and the Kingly Stairway were completed in the fifth stage. The last major addition to the building took place some decades later during the reign of Shah Abbas II, when a water tower was built in the northern flank for provision of water for the copper pool of the columned balcony, and the plaster decorations in the reception storey and the Music Hall were completed.

Ali Qapu was richly decorated with floral, animal, and bird motifs by Reza Abbasi, the court painter of Shah Abbas I, and his pupils. The stucco ceiling of the Music Room, stenciled with the shapes of vases and rose-water shakers to enhance the acoustics, and extended to the walls creating a mosaic of shadows, is considered to be one of the finest examples of secular Persian art. Unfortunately, a good portion of the invaluable paintings and mosaics that once decorated the 52 small rooms, corridors, and the Kingly Stairway, were indiscriminately destroyed during the Qajar period and after the 1979 revolution.

However, the wooden ceiling of the terrace with its intricate inlay work and exposed beams has since been restored. The magnificent terrace featuring 18 slender columns that dominates one side of the Naqsh-e Jahan Square, offers one of the best views of the Masjed-e Shah, and the mountains beyond.

Today, the ground floor of the Ali Qapu Palace is dominated by a two-storey high central vaulted corridor, bisected toward the back of the building by another corridor running perpendicular to it. Along with the central vaulted corridor, two rectangular rooms located on its two sides are also open to the maidan, a large open space, toward the front of the building. These side rooms are equipped with second-story galleries that offer vistas onto the maidan through arched openings. The vaulted entrance corridor ends at the eastern wall of the five-storey tower, flush with the west side of the open maidan, which originally served as the building's façade. Different floors of the palace with varying floor plans were used for different purposes. The ground storey, which housed government offices is based on a central rectangular domed chamber with iwans, rectangular vaulted space walled on three sides, on the south and north sides. Doorways on the north and south iwans lead to smaller side chambers.

Shah Abbas used a large room on the third floor that opens out on the large pillared hall to entertain his official guests. The strange and unique ceiling of the room, decorated with birds depicted in their natural colours and shades, has remained as it was during the days of the Safavid kings and is considered among the best roofs in the building.

Part of the walls of the Music Room.

However, the crowning glory of the assemblage is the music room on the fifth floor, which is a high, airy, and cross-shaped space giving onto smaller side chambers. This cross-shaped central space is most famous for its wonderful and interesting ceiling, which is decorated with muqarnas niches, a three-dimensional decoration of Islamic architecture which was used to decorate the area between the wall and the dome, carved with vessels and instrument-shaped perforations and crowned with a lantern bathing the hall with gleaming light, and creating a dreamland. Used for the private parties and the musicians for entertaining the king, the rooms with strange hollow places in the walls retained the resonance, and the echoes produced by the musical instruments to resound it clearly in all parts.

The Ali Qapu Palace by night

For its cultural importance, the Ali Qapu palace, along with the Naqsh-e Jahan Square, is enlisted in the UNESCO World Heritage Site.

Education is the most powerful weapon which you can use to change the world.
Nelson Mandela
Post View Counter
526
16412
17.97
Today So Far
Weekly Views
Total Views
(Lakh)