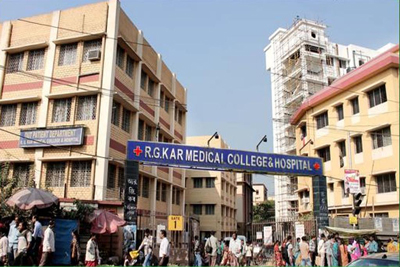 Located in The Covent Garden, City of Westminster, London, the majestic building, often referred to as simply Covent Garden, is the heart of London's Theatreland, housing The Royal Opera, along with The Royal Ballet and the Orchestra of the Royal Opera House. Designed by the reputed architect Edward Middleton Barry and opened to the public on 20th October 1858, it is one of the most iconic buildings in London and an important cultural centre for over 160 years. The Royal Opera became The Royal Opera House in 1892, when the number of offers of French and German works increased and apart from the summer seasons of opera and ballet, it was also used for pantomime, recitals and political meetings.

However, the current building is the third structure on the site, following disastrous fires in 1808 and 1856 that devoured the previous buildings.

The first theatre on the site, The Theatre Royal, was built by John Rich in 1732, with the proceeds from his successful Beggar’s Opera at Lincoln’s Inn Fields Theatre. It was opened on 7 December 1732, when Rich was carried by his actors in a procession into the building for its inaugural production of English playwright and poet William Congreve’s The Way of the World. During that time, it was the only one of the two theatres in London, allowed to perform spoken drama, until the Theatres Act of 1843. While Rich introduced and performed pantomimes under the stage name John Lun, the theatre presented its first ballet, Pygmalion in 1732. The German-British composer, George Frideric Handel, a close collaborator with John Rich, presented Il pastor fido, his first season of opera in the theatre in 1734, followed by Ariodante in 1735. Since then, Handel gave regular seasons at the theatre till he died in 1759.

The auditorium of The Theatre Royal was rebuilt and its capacity was extended within the existing shell of the building in 1792 by architect Henry Holland. But unfortunately, the theatre was destroyed by a devastating fire on 20 September 1808, when many valuable items, including the organ of Handel, which he gifted to the theatre and was placed in a prominent position on the stage, were lost forever.

Designed by English architect Robert Smirke, the second Theatre Royal on the site was opened on 18 September 1809, with a performance of Macbeth, followed by a musical entertainment called The Quaker. However, as the seat rents were raised to recoup the cost of rebuilding and the cost of increased ground rent, performances were disrupted by the protesting audiences, accompanied by beating sticks, hissing, booing and dancing.

Consequently, the management was forced to accede to the audience's demands. The former candles and oil lamps that lighted the Covent Garden stage were replaced in 1817 by the bare flame gaslights, while the limelight, also known as Calcium light was used in the theatre for the first time in 1837, during a performance of a pantomime. The auditorium was completely remodelled after an 1846 fire and reopened on 6 April 1847 as The Royal Italian Opera, only to quietly drop the ‘Italian’ word from the name, within a short time. Unfortunately, disaster struck again on 5 March 1856, when the theatre was completely gutted by a furious fire.

Exterior of the Paul Hamlyn Hall

The construction of the third and the present building, designed by Edward Middleton Barry started in 1857 and the entire structure was completed in about 8 months, opening on 15 May 1858 with a performance of German opera composer Giacomo Meyerbeer’s Les Huguenots, one of the most popular and spectacular examples of grand opera. However, the design for the new opera house drew some clear influences from its predecessor. The front of the building is dominated by a large neoclassical portico, resembling a monumental Greek temple, decorated with Corinthian columns, as well as a little Baroque Revival ornamentation. Nevertheless, by reorienting the building and increasing its height, Barry could create a larger main stage and still retain roughly the same number of seats as the old theatre. Although the façade, foyer and auditorium of the building date from 1858, almost every other element of the present complex dates from an extensive reconstruction in the 1990s. The main auditorium with a seating arrangement for 2,256 people and consisting of four tiers of boxes and balconies and the stunning amphitheatre gallery, is reckoned the third largest in London.

The Paul Hamlyn Hall and the Royal Opera House

During the First World War, the building of the Royal Opera was requisitioned by the Ministry of Works, for using it as a furniture repository, but it reopened in 1919, after the end of the war. Although strange as it may seem, during the Second World War, The Royal Opera House was converted into a dance hall and it seemed it would continue like that, even after the war. But following lengthy negotiations, the music publishers Boosey & Hawkes became successful in acquiring the lease of the building, appointed David Webster as the General Administrator and cordially invited Sadler’s Wells Ballet Company to become the resident ballet company. Finally, The Royal Opera House reopened on 20 February 1946 with a grand performance of The Sleeping Beauty in an extravagant new production, designed by Oliver Hilary Messel, one of the most reputed stage designers of the 20th century.

During the 1960s, several parts of the iconic building were renovated, including the improvements of the amphitheatre. But as it became evident that the theatre needed a major overhaul, the Labour government conceded a plot of land adjacent to the Opera House in 1975, for its expansion, modernization and refurbishment. During the first part of a major renovation in the early 1980s, two new ballet studios, offices, a Chorus Rehearsal Room, the Opera Rehearsal room and several dressing rooms were added, including an extension to the rear of the theatre on the James Street corner. After that, between 1997 and 1999, almost the whole site, including several adjacent buildings, was demolished, except the auditorium, to make room for a major increase in the size of the complex. The new building, designed by a team led by Jeremy Dixon and Edward Jones, is equipped with the same traditional horseshoe-shaped auditorium as before, but added far improved technical, rehearsal, office and educational facilities. In addition, a new studio theatre, the Linbury and more public spaces were also created.

The adjacent old Floral Hall, which was initially built to house a flower market, also selling fruits and vegetables, became ramshackle after a fire in 1956 and was acquired by the Opera House in 1977, using it as a scenery storage space. During the extensive renovation and extension project, the structure was recreated as a new and extensive public gathering place, with direct access to the main auditorium of the opera house at all levels. Today, the large iron and glass structure, called The Paul Hamlyn Hall, acts as the atrium and main public area of the opera house, complete with a champagne bar, restaurant and several other hospitality services, also providing access to the Opera House building.

Arnab De
I have over 16 years of experience working as an IT professional, ranging from teaching at my own institute to being a computer faculty at different leading institute across Kolkata. I also work as a web developer and designer, having worked for renowned companies and brand. Through tutorialathome, I wish to share my years of knowledge with the readers.
Enter New Comment
Comment History
No Comment Found Yet.

Education is the most powerful weapon which you can use to change the world.
Nelson Mandela
Post View Counter
3727
37.16
Today So Far
Total View (Lakh)