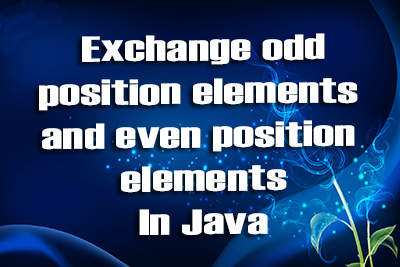 Origin of the term Peeping Tom

Origin of the term Peeping Tom

We are aware that a 'peeping tom' is a person who secretly watches someone else. More precisely, the term is used to describe a person who derives some sort of enjoyment, usually sexual, from secretly watching people during their most intimate moments. The phrase “peeping Tom” first appeared in the accounts for the English city of Coventry in 1773, which specifically mentioned that the city had recently purchased a wig and paint for an oak effigy of “Peeping Tom”. It proves that a person named Tom must have existed there, for some time prior to the note.

But who exactly is this “Tom” and why is he associated with the idea of secretly watching naked people, is a million dollar question. Actually,“Peeping Tom” is an iconic part of a legend surrounding a real person from the 11th Century called Lady Godiva.

The legend states that, suffering immensely beneath the yoke of oppressive taxes, the medieval residents of Coventry, England, pleaded in vain for relief. Lady Godiva was also very upset over the heavy tax burdens that her husband imposed on the poor people. She pleaded repeatedly her husband, Leofric, to lessen the tax burden, and time and again he obstinately refused. Finally, he grew tired of her pleas and said he would grant her request, if she would strip naked and ride on a horse through the streets of the town in broad daylight.

Much to the surprise of her husband, Lady Godiva accepted the offer and appealed to the townspeople to stay inside, close their shutters and doors to avert their gaze as she did the deed. Accordingly, the townspeople dutifully locked their windows and doors and Lady Godiva rode proudly through the streets atop a white stallion with only her long, flowing locks covering her bosoms. She then returned to her husband, and he, true to his word, lowered taxes for the town.

However, not everybody in the area obeyed Lady Godiva’s proclamation. “Tom the tailor” could not resist catching a glimpse of the naked beauty and so drilled a hole in his shutters to watch her ride by. The legend says that Tom was struck blind by his misdeed and Lady Godiva was the last woman he ever laid eyes on. There are different views regarding the reasons for Tom’s blindness. It is said that, he was struck blind by Godiva’s beauty, killed by God for ignoring Lady Godiva’s request, or simply being beaten half to death and blinded by the rest of the townspeople when they found out the truth.

While Lady Godiva (a.k.a. Lady Godifu or Godgyfu, meaning “Gift of God”) and her husband, the enormously wealthy Leofric, Earl of Mercia, most certainly did exist, historians are in near universal agreement that this ride never happened. The first known reference to the famous ride appeared some two centuries after the Lady in question died. It was first mentioned in the book, ‘Flores Historiarum’ (Flowers of History) written by some Roger of Wendover. But, his story is considered to be nothing more than a fabrication of an unsourced anecdote that survived from Lady Godiva’s lifetime. Over the years, this story was taken as fact, and numerous ornamental exaggerations were added to it, leading to the versions that we know today.

In fact, Lady Godiva and her husband, Leofric, were notable philanthropists who frequently gave money, gold and even buildings to the church, and once even paid for the building of a monastery in Coventry. Tom is, therefore, considered as the modern fabrication of a story of the legend, with no mention of him in any version of the legend for nearly a half a millennium after its creation.

You cannot believe in God until you believe in yourself.
Swami Vivekananda
Post View Counter
826
12996
11.64
Today So Far
Weekly Views
Total Views
(Lakh)