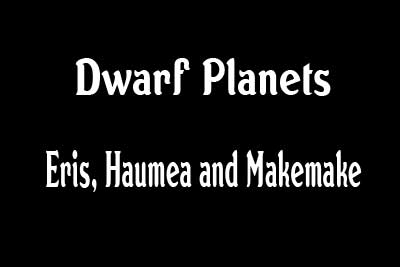 Planets - Uranus and its two set of rings

Uranus is the seventh planet from the sun with the third largest diameter in our solar system. It was the first planet found with the aid of a telescope in 1781 by astronomer William Herschel. He named it ‘The Georgium Sidus’ (the Georgian Planet) in honor of his patron, King George III of England, while others called it ‘Herschel’. However, originally it was thought to be a comet or a star. After two years it was universally accepted as a planet, because of observations by astronomer Johann Elert Bode. As suggested by him, the planet was named ’Uranus’, after the name of the Greek god of the sky.

Apart from Venus, Uranus is the only planet that rotates from east to west and it takes 17 hours to rotate or spin once. Uranus is 2.871 billion km away from the Sun. To cover this huge distance, the planet takes about 84 Earth years to make one trip around the Sun. With a tilt of 97.77 degrees, Uranus is the only planet whose equator is nearly at a right angle to its orbit. As a result of this tilt it seems that, Uranus is lying on its side and as it travels around the Sun, it seems that, instead of moving it is actually rolling. This unique tilt causes the most extreme seasons in the solar system. For nearly 42 years, the sun shines directly over each pole, plunging the other half of the planet into a long, dark winter. While on its mission, Voyager 2 observed Uranus' South Pole pointed almost directly at the Sun. This signifies the strange fact that Uranus' Polar Regions receive more energy input from the Sun than do its equatorial regions. However, Uranus is actually hotter at its equator than at its poles. The mechanism underlying this is unknown.

Apart from Neptune, Uranus is one of the ice giants in the outer solar system. A minimum temperature of - 224.2º C, makes it even colder than Neptune in some places. Unlike Jupiter and Saturn, which are mostly hydrogen, Uranus is mostly composed of a hot dense fluid of ‘icy’ materials, like water, methane and ammonia, above a small rocky core. Near the core, it heats up to 4,982º C. Uranus is slightly larger in diameter than its neighbor Neptune, yet smaller in mass. It is the second least dense planet in the Solar System, after Saturn. As the Sunlight, after passing through the atmosphere, is reflected back by the cloud tops of Uranus, the red portion of the Sunlight gets absorbed by methane gas in the upper atmosphere, resulting in a blue-green appearance of the planet.

Uranus is devoid of a true surface. In 1986, Voyager 2 reported only a few discrete clouds, a Great Dark Spot and a small dark spot in the atmosphere of Uranus. But, more recent observations reveal that Uranus exhibits changing clouds as it approaches equinox, including rapidly changing bright features

Uranus has two sets of very thin dark rings, eleven inner rings and two outer rings. Like the rings of Saturn, they are composed of fairly large particles ranging up to 10 meters in diameter in addition to fine dust. The nine rings of Uranus in the inner system are mostly narrow and dark grey. There are two outer rings, the innermost one is reddish like dusty rings elsewhere in the solar system and the outer ring is blue like Saturn's E ring. Epsilon ring is known to be brightest among the rings of Uranus.

Uranus has 27 known moons. Most of the satellites orbiting other planets are named after the names from the Greek or Roman mythology. But, the moons of Uranus are uniquely named after the important characters created by William Shakespeare and Alexander Pope. All of Uranus' inner moons appear to be roughly half water ice and half rock. But, information about the composition of the outer moons is still unknown.

The magnetic field of Uranus is not centered on the center of the planet, rather uniquely it is tilted almost 60 degrees with respect to the axis of rotation.

Education is the most powerful weapon which you can use to change the world.
Nelson Mandela
Post View Counter
384
16022
17.99
Today So Far
Weekly Views
Total Views
(Lakh)