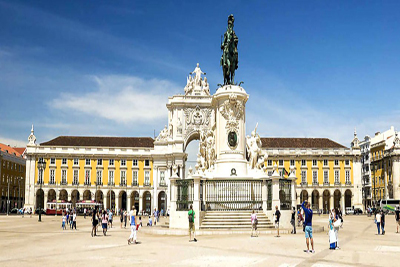 While we speak, we use pauses and also control the pitch and tone of our voice to modulate, which in turn aid to clarify our speech. Punctuations play a similar role in writing, making it easier to read and comprehend to grasp the correct meaning of what we mean. Punctuations are symbols, which punctuate a sentence and express the clarity and comprehension of the written language.

Nevertheless, punctuation marks should be used carefully, as they play a leading role to express the intended meaning of a sentence. Use of a wrong punctuation mark or wrong placement of a punctuation mark can create confusion or even can change the meaning of a sentence completely. In this connection, we produce a classic example, where Czar Alexander of Russia once sentenced a man to certain death and wrote in the warrant : Pardon impossible, to be sent to Siberia. It is said that his wife, Czarina Maria saved the life of the poor man, by just shifting the position of the comma in the sentence : Pardon, impossible to be sent to Siberia.

There are certain rules regarding the use of punctuations, which are to be followed. However, there are also punctuation conventions that give writers greater choice.

Comma (,) is the shortest pause in a sentence. Commas are used to separate a list of similar words or phrases or to separate clauses.

Examples – You should learn to write in clear, simple, smart and accurate words. / Kuldeep, our guide, will accompany you to the top of the mountain.

Commas are normally not used before ‘and’ at the end of a list of single words: I have travelled through France, Germany, Italy and Poland.

However, in American English, commas are used before ‘and’: For breakfast we had bread, butter, eggs, ham, and coffee.

Usually, a comma is not used when main clauses are separated by ‘and’, or, ‘but’ and the clauses have the same subject. However, sometimes commas are used, if the clauses have different subjects.

Examples – In these days the Footballers earn more money, but they are more fit and play many more matches. (Same subject) / It was an expensive hotel in the heart of the city, but we decided it was worth the money. (Different subjects)

When a subordinate clause comes before the main clause, a comma is commonly used to separate the clauses. However, this rule is not always followed in case of short sentences: If you get lost in the crowded Exhibition Centre, don’t hesitate to ask for help.

Semicolons (;) are used instead of full stops to link two closely related sentences or two separate main clauses. However, in contemporary English, semicolons are not commonly used and are replaced by full stops and commas. Example : Hindi is commonly spoken throughout northern India; in West Bengal the main language is Bengali.

Colons (:) have mainly three uses. They are used to introduce a series, an explanation or a quotation. Examples - There are three types of power : economic, social and political. / The Moon : The Satellite of the Earth. / Then he said : Go and do thou likewise.

In contemporary English colons are also not commonly used, like semicolons and are replaced by full stops and commas.

Question marks (?), also known as Interrogation Marks, are used when questions are involved. The mark makes clear that what is said is a question. A full stop is not used when a question mark is in use. Examples - Are you related to Sudipa? / Have you gone through the article?

Originally known as the note of admiration, the Exclamation marks (!) are used to express excitement or any such strong emotion. Like a full stop or a question mark, an exclamation mark also goes at the end of a sentence. Till the 15th century, these marks were not introduced into the English language and not introduced as a separate key on standard typewriters until 1970s. Examples – What a beautiful dress! / You are so mean! / Ow! What a surprise!

As the name suggests, these marks are primarily used to indicate material that is being reproduced or to cite something that someone said exactly. To indicate quotation marks, single (‘ ‘) or double (“ “) inverted commas are used. However, today single ones are used more frequently than the double. Examples – ‘Don’t try to take any extra pressure right from the beginning’, he said. / The teacher said, ‘it will be fine, if you come in the evening’.

Sometimes these marks are used to give special emphasis or to draw attention to a particular word. Example – I am not satisfied with the ‘apology’ he produced.

Sometimes quotation marks are also used to refer the title of books, films, magazines and etc. Example – The tragic incident was vividly depicted in the film titled, ‘Titanic’.

If the noun is plural and ends in -s, its possessive case may be made by simply adding an apostrophe at the end of the word. Example - Both bananas' peels had turned brown. / This is a teachers’ benefit scheme.

A hyphen (-) is used to join two or more words together into a compound term and is not separated by spaces. Examples – well-known/ part-time / back-to-back.

Hyphens are also used while adding prefixes, to avoid confusion, as in, ex-wife, no-smoking, steel-like.

In some case, hyphens are used in combinations, for ensuring clarity, such as, pro-American, anti-national.

Dashes and hyphens look almost similar, but their usage is completely different. A dash has a space on either side, while hyphens are not separated by spaces. Technically known as em dash or em rule, a dash separates words, while a hyphen joins two or more words together. A dash is commonly used to indicate a pause or an interruption or to separate groups of words. Example - An honest politician — if such a creature exists — would never agree to this proposal.

Also known as a ‘period’ in American English, a full stop (.) is used to mark the ultimate end of a complete sentence, which is not a question or an exclamation. Example – New Delhi is the capital of India.

An educated, enlightened and informed population is one of the surest ways of promoting the health of a democracy.
Nelson Mandela
Post View Counter
2487
18522
14.15
Today So Far
Weekly Views
Total Views
(Lakh)